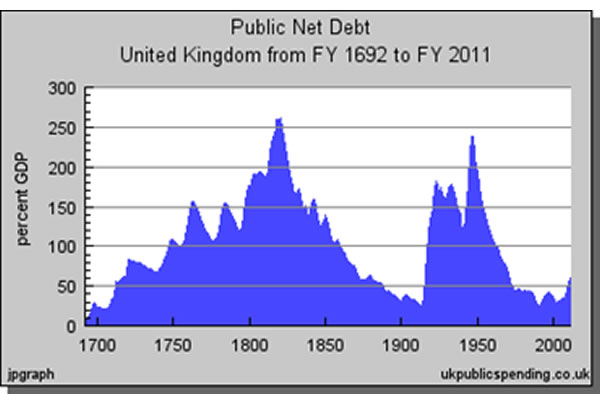 The slogan for this week’s Labour conference in Manchester is “Rebuilding Britain”.

Is this supposed to be a joke? After all, this is the party that squandered a golden economic legacy during its 13 years in office, leaving the country deeper in debt than at any time in its history?

Britain “deeper in debt than at any time in its history”?? Not according to the facts, as the graph below shows:

One might ask, is today’s Torygraph “supposed to be a joke”?!

7 Responses to “Shocking economic illiteracy from the Telegraph”