Len Duvall AM, leader of the Labour group on the London Assembly, responds to Boris Johnson’s 2012 Conservative Party Conference in Birmingham. 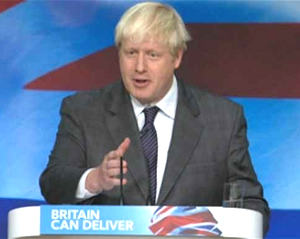 Len Duvall AM (Labour, Greenwich and Lewisham) is the leader of the Labour group on the London Assembly

Today’s Conservative Party Conference speech by the Mayor of London uncharacteristically lacked his usual comical overtones. Fortunately, we can always rely on Boris to exaggerate and exclude unflattering facts about his last year as Mayor, which he did in abundance this morning.

Most glaringly, in Boris’s celebration of London’s Police Service, he failed to mention he has cut more than 1,700 police officers and 1,800 PCSOs in the past two years.

Police stations are closing across the capital and two London Borough police commanders have gone in the past three weeks. Safer Neighbourhood Teams have been run down and plans are underway to merge borough police forces.

We desperately need to protect police numbers as GBH, rape and muggings have all increased since 2008 in London. Boris is presiding over huge budget cuts not just to the police but also the London Fire Brigade. Up to 30 stations and appliances are at risk, which will undoubtedly hit the frontline hard and lead to a loss of fire cover for Londoners.

The emergency services are not safe in Boris’s hands.

On housing, Boris failed to speak up for the 800,000 private-rented households in London. Last year rents rose by an average of 12%. His and the government’s policies are hurting Londoners who rent privately. It is shocking the Mayor didn’t stand up for them today.

Boris talked about the ‘squeezed middle’ and ‘hard-working Londoners’ without, I suspect, having any idea how these people struggle to pay the bills or afford the ever-increasing cost to travel on London transport. Indeed, Boris has presided over huge salary increases for his political appointees.

Last year one of his advisers got a 55% pay rise to £127,784 whilst other employees at City Hall had their pay frozen. This just shows how out of touch he is with ordinary Londoners who are struggling. He thinks he can get away with this kind of behaviour by hiding behind his personality but he is not the cuddly everyman’s politician people believe.

2 Responses to “Con 2012: Boris exaggerates his record and ignores the facts. Again”