Matthew E Carn examines the law as it relates to the case of the seven Royal Marines arrested on suspicion of murder in Helmand province, Afghanistan. 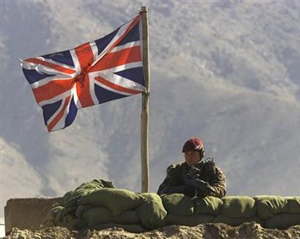 When the news broke Thursday night that seven Royal Marines from 3 Commando Brigade had been arrested on suspicion of murder alarms automatically went off. The charge relates to an incident that allegedly occurred during 3 CB’s deployment to the volatile region of Helmand in Afghanistan, where the vast majority of the 433 British military deaths incurred to date have occurred.

[Please note I have emphasised certain words in the paragraph above as the public seems to need a constant reminder that any defendant after being charged remains innocent of those charges until proven guilty beyond reasonable doubt in a court of law.]

Much confusion surrounds the law that governs the members of our armed forces, however, when they are called upon to enter into armed conflict. In the United Kingdom it is still uncommon for universities to offer courses relating to the rules of international law that apply to armed conflicts (war being a somewhat antiquated and inappropriate term in the 21st century) but I am fortunate enough to be an academic at one of these institutions.

As such a large degree of misconception and perplexity still surrounds exactly what members of the armed forces are and are not allowed to do when performing their combat roles either domestically or overseas.

One of the most common mistakes many people make is to believe the answer to any question relating to possible crimes in a zone of armed conflict lies with a vague concept generally referred to as ‘The Geneva Convention’. There are, in fact, four Geneva Conventions; the first took place in 1864 and the last in 1949 and these form the core of what is commonly referred to as International Humanitarian Law (IHL).

Beyond these core agreements lie two Additional Protocols to the Geneva Conventions, composed in 1977, which provide much more detailed information about the distinction that lies at the heart of IHL: that of combatant from civilian.

While it is impossible to discuss any real detail in such a short space of text, the four Geneva Conventions and Additional Protocol I will form the core of any discussion on this subject as the British military is currently engaged in what is known as an armed conflict of an international character in Afghanistan.

As most people will appreciate, it is illegal under IHL to target civilians (as implemented into domestic law by the International Criminal Court Act 2001) and murder certainly constitutes a crime against humanity. All that is publicly known about this current incident is the seven Royal Marines are charged with the murder of an insurgent and no civilians were involved.

This would lead me as an academic to believe the alleged victim had indeed been a combatant and, therefore, satisfied the definition of combatant laid down in Additional Protocol I to the Geneva Conventions. As such the Marines are most likely accused of causing the alleged victim’s death when he was under the protection of IHL, e.g. if he was a Prisoner of War or was either incapacitated or had surrendered (known as hors de combat in IHL terms).

IHL is also not to be confused with ‘Rules of Engagement’ (ROE). IHL simply lays down the international legal principles surrounding the conduct of those engaged in armed conflict; ROE are specific tactical instructions given to armed forces for a particular strategic aim. While they must comply with IHL they often provide further protection to combatants (such as armed forces being unable to fire until fired upon by enemy combatants, which is certainly not required under any IHL regime) and are dictated by military and political leaders on an evolutionary basis.

One issue associated with this, however, is that once the enemy (especially armed opposition groups such as the Taliban in this case) become aware of ROE they will often use them to their advantage. It should not be believed, therefore, that breaking ROE violates either IHL or the Geneva Conventions of 1949.

Finally, the public should remember that members of our armed forces are under incredible pressure when engaged in armed conflict. It is simply not possible to consult the excellent but more than 500-page long UK Manual of the Law of Armed Conflict during a fire fight. It is a reality of armed conflict that mistakes will be made for genuine reasons.

If the Marines are guilty of this crime they should certainly be punished in accordance with the UK’s obligations under international law; if they are not guilty, however, the facts of the case and the corresponding law should be publicised and explained as quickly and effectively as possible.

IHL is not meant to stop people dying in times of armed conflict; it is simply designed to protect those caught up in it as much as possible.

4 Responses to “Afghanistan: International Humanitarian Law, Rules of Engagement and the Geneva Conventions”