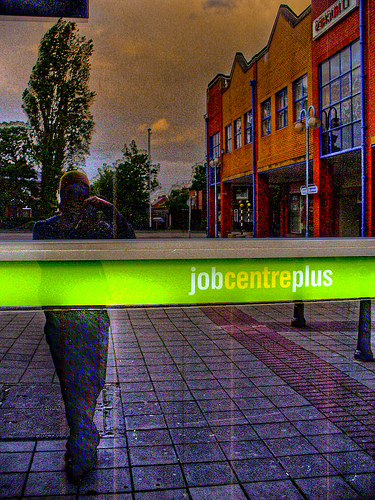 This morning the Work and Pensions committee publish their report on the Government’s Youth Contract, their initiative to tackle record high youth unemployment. So confident were the coalition that they thought this was the right approach, that the Labour initiative, the Future Jobs Fund, was scrapped.

Further to my earlier blog, the FJF had been cited to have tangible results in breaking intergenerational cycles of joblessness and moving people off benefits.

According to the press release announcing the report, the purpose of the Youth Contract is to “provide around 430,000 additional opportunities in total for young people over the next 3 years. Its broad objective is to “level the playing field” by making young people more appealing to employers looking to recruit.”

So what is the verdict of the committee? In brief, the scheme isn’t sufficient for the task at hand.

Dame Anne Begg, the Chair of the committee, said:

“The Youth Contract is welcome but on its own it will not be enough to address the current unacceptably high level of youth unemployment. Young people need effective support from Government to counteract the disadvantage they have long suffered in the labour market but they also need a return to economic growth and a substantial increase in the number of new jobs.”

There must be jobs for young people to do at a living wage if we are to avoid a potentially lost generation.

A lack of young people in jobs has ramifications for society as a whole. The ageing population in the UK poses problems in of itself in relation to how we will fund care, medical costs, pensions and a range of other services.

Without the taxed income of young people, we face a future crisis that will impact more than just those who cannot get jobs.

The report notes that responsibilities for youth unemployment are split between 5 government departments and this creates confusion for young people seeking help. A central source, such as a dedicated help line for young job seekers, would be an excellent first step. However, whether this sensible recommendation of the committee will be acted on is uncertain.

Crucially, the Tory-led scheme is criticised for failing to recognise the specific plight of groups that struggle to obtain employment in the employment mainstream, including those who are disabled and individuals from ethnic groups (of which the report specifically cites young black men as an example).

In what could be read as a damning indictment of the scheme in this respect, Dame Anne Begg states “As currently designed, we are concerned that it [The Youth Contract] will be less effective than some previous schemes in helping the young people who face the biggest barriers to finding a job” . Those familiar with the Government’s scrapping of Remploy factories will be aware of their poor record on this score.

So where does this leave young people looking for work? Sadly facing a government that has not adequately catered to their needs.

Their prescription for youth unemployment fails for two reasons because it is simultaneously too ambitious and not ambitious enough. The committee has questioned the ability of the Youth Contract to meet the targets it has set itself. If it doesn’t do this, they question the impact of the scheme in any meaningful way.

However, ultimately the scheme isn’t ambitious enough as it doesn’t tackle the fundamental problem afflicting our economy: economic mismanagement by George Osborne.

I remind you of the recent comments of Larry Summers, former US Treasury secretary, who said that “excessive slashing of public budgets” must be abandoned. Until we have a government that recognises the importance of intelligently investing public money to stimulate the economy, then both the UK growth rate and youth unemployment figures will languish.

The verdict on this latest tory initiative? Must try harder.