We need for an honest debate about migration - a debate which must include the long-term fiscal effects of migration and the UK's demographics. 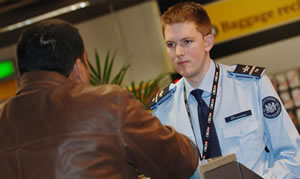 Earlier this month the House of Commons debated the motion that the government should take “all necessary steps” to ensure the UK’s population remains “as close as possible to its present level”. However, the meat of this debate lay not in population number-crunching, but in the underlying issue of immigration – in particular, cutting net migration.

Debates of this nature serve as free publicity for the government’s pledge to reduce net migration to less than 100,000 a year. But despite the support of groups such as Migration Watch, the latest figures show that the government is unlikely to meet its unrealistic target. This is good news.

The policies that would be needed to achieve this restrictive target (e.g. a drastic reduction in the number of legitimate international students coming to the UK) would impose significant economic costs in both the long and short term.

But figures from the Office for Budget Responsibility also illustrate that zero net migration would itself (independent of the policies needed to achieve it) have negative fiscal consequences in the short and long term. Under a zero net migration scenario it estimates that within the next five decades public debt would double to nearly 200 per cent of GDP compared to the expected level of debt under current policy (see Figure 1).

By contrast, in a high migration scenario the OBR predicts that the long-term health of the public finances would dramatically improve, without the need for reforms to either taxation or public spending. A similar outcome could also be achieved by higher fertility rates.

Under current policy, public debt is projected to climb to nearly 90 per cent of GDP by 2060, an increase of over one quarter on today’s debt burden. This presents a long-term fiscal challenge to current and future governments. However, changes in the UK’s demographic composition could drastically improve fiscal outcomes over the long term.

Essentially, the type of population we have determines the rate of economic growth, the demand for public services and the amount and type of tax revenues we collect. Table 1 shows different projected growth rates under variant population projections. Therefore it is crucial any debate or policy likely to influence the UK’s demographic structure is informed not only by short-term political interests but long-term economic and social concerns.

In order to assess what type of policies could lead to the desired population outcomes we need to look at historical and future population trends. One thing about the UK’s demographics is fairly certain: we have an ageing population, resulting from baby boomers ageing, increased longevity, and the past long-term decline in the number of babies being born (excluding the recent increase in fertility over the past decade).

However, there is still uncertainty about what the demographic mix will look like in the future because it is impossible to know for certain what will happen to rates of longevity, fertility and net migration – some of which can be influenced by political choices.

Migration is the most controversial aspect of any policy discussion of demographic trends and change. Migration policy is often made in light of short-term political pressure, but political and policy decisions about migration can have significant implications for the public finances over the longer term.

Policies that encourage high net migration will likely be met with resistance and may be politically unfeasible. But this is not just a political problem – high rates of net migration can pose challenges, for example for social integration and the provision of local public services and housing. As an alternative, policies that foster higher fertility rates may be more realistic and politically viable.

Evidence suggests that certain state benefits targeted at families with children had a role in supporting higher fertility rates during the mini-fertility boom in the 2000s. It might be worth looking into policy options along similar lines. In any case, the UK needs to have a long-term debate about population and the implications of demographic change.

IPPR’s new report (pdf) reiterates the need for policymakers to think far ahead. Whatever the policy solution, it is imperative we do not lose sight of the long-term picture; political decisions based on short-term interests are not long-term solutions.