The risk remains that the UK’s efforts on climate change could still be sabotaged by too much fossil fuel burning, and not enough renewable energy. 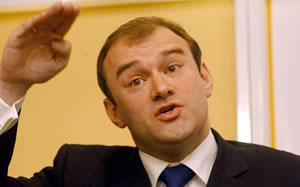 The energy secretary, Ed Davey, sought to address head on today the critics of his new energy bill that is expected to make its way through Parliament this autumn. But as Will Straw observed on Left Foot Forward earlier today, he was ominously silent on the most significant critique of his draft law: the lack of any legal goal for reducing carbon emissions from power stations.

The government’s independent advisers on climate change, the Committee on Climate Change, have said there is no scenario where the UK can keep on course with the legally binding carbon targets set out in the Climate Change Act unless the power sector is almost zero carbon by 2030. They define this as emissions averaging 50g/Co2/kwh from the sector by 2030.

The cross-party energy select committee, led by Tim Yeo, reiterated calls from Lord Turner, outgoing head of the CCC, for a 2030 decarbonisation goal on the face of the energy bill. Yeo said this was necessary in order to provide the confidence, certainty and long-term stability needed to achieve large-scale investment in clean energy in the UK.

He also told The Guardian:

“Whether or not the government sets a clear carbon reduction target on the face of the energy bill will be a key test of the coalition’s commitment to tackle climate change.”

But as Will noted, Ed Davey’s blog today is silent on this question; instead, Davey points to analysis to support his claim lots more gas power stations could be compatible with the carbon goals established in the Climate Act.

“We know gas will play an important part in our energy system for many years to come. We see a clear role for gas in the medium term, not just providing backup electricity, but baseload too.

“Our Carbon Plan projects some 10 to 20GW of new gas generation coming online in the next two decades, a figure we are revising regularly…

“Our numbers show that we can accommodate around 30 to 45GW of unabated gas over the next twenty years and still hit our carbon targets, but any further fossil fuels will need CCS, which is not yet commercially viable.”

But a quick ‘back of the envelope’ calculation shows a scenario where you have as much as 45GW of unabated gas in 2030 (and if you assume demand by then of around 420 TWh), this would require that all those gas stations are only operating for 15% of the time if we are to keep on track with carbon targets. It also requires all of the UK’s coal stations are shut down or operating with fully functioning Carbon Capture and Storage (CCS).

We know from a recent leaked letter George Osborne wants to turn the UK into a “gas hub”, and use gas not just to back up renewables, but instead of renewables. So far ministers have also failed to insert a legal decarbonisation goal for 2030 into the energy bill despite their advisers’ recommendations. It is only reasonable to assume that if all these new gas stations are built, they will be used.

It was six months ago when the government’s chief climate adviser Lord Turner wrote to Ed Davey telling him his draft energy plans carried “the risk that there will be too much gas-fired generation instead of low carbon investment”.

“In order to mitigate this risk, it is important that a clear decarbonisation objective is set for the EMR (Energy Market Reforms), and that a process is put in place to ensure that this objective is achieved.”

Ed Davey’s article today suggests the risk remains that the UK’s efforts on climate change could still be sabotaged by too much fossil fuel burning, and not enough renewable energy.