Out of 20 top economists who published a letter in support of George Osborne two years ago, only one was willing to reaffirm his approval of the chancellor

.
Out of 20 top economists who published a letter in  support of George Osborne two years ago, only one was willing to reaffirm his approval of the chancellor’s economic policies. 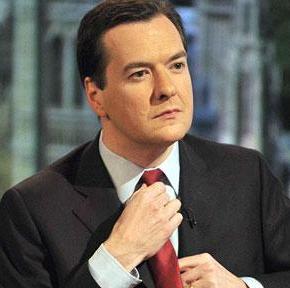 In February 2010, a letter was published in the Sunday Times supporting Osborne’s deficit reduction strategy – a move that the chancellor hailed as a “really significant moment in the economic debate”.

The New Statesman however, has gone back to those 20 signatories and asked them to reaffirm their approval for Osborne, with the results being only one willing to do so.

For this week’s issue of the New Statesman (out tomorrow), we asked the 20 whether they regretted signing the letter and what they would do to stimulate growth.

Of those who replied, only one, Albert Marcet of Barcelona Graduate School of Economics, was willing to repeat his endorsement of Osborne.

Nine urged the chancellor to abandon his opposition to fiscal stimulus and to promote growth through tax cuts and higher infrastructure spending, while others merely said “no comment” or were “on holiday”.

One of the signatories, Roger Bootle of Capital Economics, said:

If I were Chancellor at this point, I would alter the plan, I would stop the cuts to public investment and I might even seek to increase it.

The key thing is to try and get the private sector to spend its money and that may require a bit of government spending to prime the pump.

“With a double dip recession made in Downing Street and the economy shrinking, not growing, since the spending review, it’s no surprise that even economists who once backed George Osborne are now calling for action to get the economy moving.

“Unlike George Osborne and David Cameron, they can see that the evidence now points to the need for a change of course. They know that without growth we can’t get the deficit down – George Osborne is already forecast to borrow £150bn more than planned.”

Osborne has already been forced to abandon plans to eradicate the structural part of the UK’s current budget deficit – the part that will remain even when the economy returns to full health – during the course of this parliament. Austerity measures will now continue for the first half of the next parliament as a result of the impact of slower growth on the public finances.

The chancellor has always maintained that his deficit-reduction plan is necessary to keep the support of the financial markets and the credit ratings agencies. He has insisted that a U-turn would only lead to higher interest rates and slower growth.