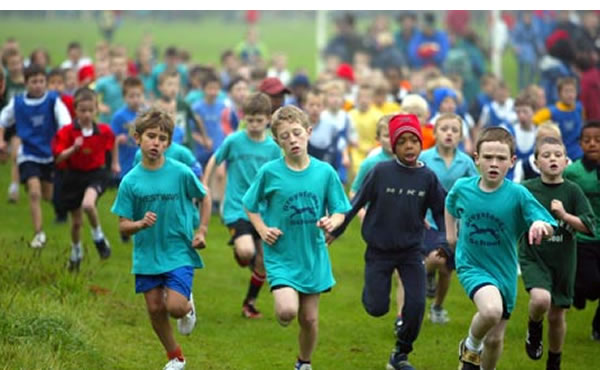 The fight to save school playing fields received renewed impetus today following the revelations, reported this morning on Left Foot Forward, that Michael Gove overruled experts five times in the past 15 months to approve sell-offs.

The 38 Degrees petition to protect school playing fields is nearly at the 50,000-signature mark.

Hundreds of thousands of children could be about to see their school playing fields sold off or built over. The education secretary, Michael Gove, has scrapped key safeguards. We could have only weeks to change his mind before for sale signs start appearing.

Without playing fields it’s hard to imagine the kids of today – the Team GB of tomorrow – will ever match this year’s record Olympic medal haul. Once playing fields are sold off to private developers they’ll be gone forever.

The government won’t want a scandal about school playing fields taking the shine off the Olympics. If enough 38 Degrees members move fast to create a big petition, we can push them to back down and bring back protections for playing fields.

School playing fields are precious for so many reasons. For lots of people, playing outside at break time helped make school a positive experience. Running around outside gets children into good exercise habits early in life. And it can help them concentrate in class the rest of the time, so they learn faster.

Too many schools already don’t have enough playing fields. We know from previous sell-offs that once open spaces are gone, it’s hard to get them back. But we also know that when 38 Degrees members come together, we can stop these kind of short-sighted plans. We did it before to protect England’s forests. Let’s come together now to protect school playing fields.

[And] it’s just emerged today that the government has been under-estimating the number of playing fields already being sold off. Scrapping these safeguards could make a worrying situation even worse.

• Without greater provision and resources, state schools will struggle to close the gold gap 6 Aug 2012

• The two faces of the Tories on sport: Embracing the Games while closing swimming pools 18 May 2012

Elsewhere this afternoon, Labour piled on the pressure, with shadow education secretary Stephen Twigg calling on Michael Gove to publish his reasons for overturning the playing fields panel:

“Michael Gove must come clean on why he overruled the advice of the independent School Playing Fields Advisory Panel. David Cameron once promised a new era of transparency. Michael Gove must now publish the reasons for overturning the panel and all the correspondence on the sale of playing fields.”

While the Sport and Recreation Alliance have called it a “serious breach of faith” that has created a “crisis of confidence”.