Ed Jacobs rounds up the reaction from Scotland, Wales and Northern Ireland to the London 2012 Olympic Games which concluded yesterday. 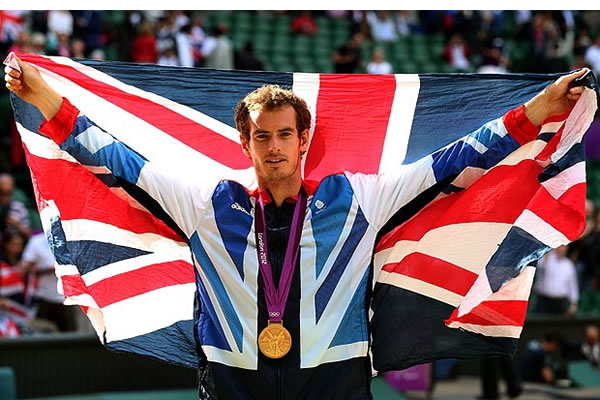 As the curtain came down yesterday on 16 days of remarkable sporting achievement it stimulated a debate about the role a “British Team” has had to play in enabling English, Welsh, Northern Irish and Scottish athletes to fulfil their potential.

With the SNP’s Westminster spokesman on culture, media, Olympics and sport, Pete Wishart MP, using an article in the Spectator to make the case for an independent Scottish team in future Olympics, across the weekend’s press there was no such enthusiasm.

Arguing such an independent team could not hope to emulate the success of Team GB, Scotland on Sunday’s leader column argued:

“London 2012 has been a triumph, not least for Scottish athletes; but could Scotland enjoy an even higher profile at Rio 2016 by fielding its own national team?

“Without in any way pre-empting the result of the 2014 independence referendum, the only realistic answer is no. Even if Alex Salmond secured a landslide majority, independence negotiations could not conceivably be concluded by the time the Olympic torch arrives in Rio. Unpicking a Union that has lasted for more than three centuries would be a complex and time-consuming business.

“Furthermore, the Olympic rule book stipulates that a new nation’s application for membership of the organisation must take two years: South Sudan is currently excluded under that rule. By that criterion, even the 2020 Olympics could be a tight deadline for an independent Scotland.

“Even today, at the climax of this summer’s Olympic fever, common sense tells us Scots will not decide the destiny of their country on the basis of considerations relating to the Games. But an independent Scotland’s future Olympic prospects is one piece of the mosaic that illustrates the likely outcome of going it alone.

“In headline figures, Scotland’s claims look good, with 14 medals so far. Measured per head of population, Scotland’s performance has been better than England’s. The downside of the population ratio, however, is the problem of producing multiple champions within the same sport.

“Of Scotland’s 14 medals, only three were won by individuals: Andy Murray in the men’s singles tennis, Michael Jamieson in swimming and Chris Hoy in the keirin. All the rest were won by team participants.

• Did the opening ceremony undermine the SNP’s attempts to break up the UK? 30 Jul 2012

“If Scottish athletes left Team GB they would be sorely missed; but it would be less challenging for an English team to fill one vacancy than for a solitary Scot to create a local team of peers. Equestrian gold medalist Scott Brash, for example, would need to recruit three riders of similar calibre to himself.

“Even where a two-person team is involved, where is the world-class Scot who could partner Kath Grainger in rowing’s double sculls? Even Chris Hoy won one of his gold medals as part of a three-man cycling sprint team. The reality is that Scotland has been able to win more medals through participation in Team GB than it could hope to gain fielding its own team.”

“There is scarcely a dry eye in the house as Sir Chris Hoy, laden with medals, says goodbye to the fans who have followed him so ecstatically through these games.

“After a final victory lap, wearing the Saltire of Scotland, a true national hero retires to take his place in the pantheon of sporting fame, while promising to dedicate himself to promoting Scottish cycling as patron of the Sir Chris Hoy velodrome in Glasgow. And here comes the first minister now, jogging alongside Sir Chris, weeping openly, as the crowd goes wild at these Commonwealth Games, which many are saying have ignited a new and positive sense of Scottish national identity, a new patriotism…

“Well, in your dreams, Alex Salmond. Such are the sentiments that Scottish National Party romantics hope to hear from the commentary box at the forthcoming Commonwealth Games in Glasgow. They want the ‘friendly games’ to deliver a sporting boost to Scottish nationalism in 2014, just as the London Olympics are being credited with giving birth in 2012 to a ‘new patriotism’ in Britain, as the New Statesman put it last week.

“The left-wing journal talked of ‘a soft and benign patriotism, quite different from the hard, defensive patriotism of the Eurosceptic right or any number of Little Englanders, or some Scottish nationalists’. Mo Farah, from Somalia, winning the 10,000 metres and wearing the Union flag, is the multicultural pin-up for the new Britain.

“And Scotland’s success in these games – an array of gold medals – is being hailed as proof that we are truly Better Together, and that being part of Britain brings out the best in us. This is the break that the No campaign had been praying for.

“Unable to puncture Salmond’s pawky, self-confident nationalism, and unable to shake off the negativism that has coloured the Unionist cause for so long, here was a positive case for keeping the UK united: confirmation at last that Great Britain remains a viable proposition. The London Games have provided an image of the UK that isn’t just about imperialism, English nationalism and public schoolboys signing Rule Britannia on the last night of the proms. It isn’t even white any more, you know.

“One of the many happy features of these wonderful Olympics is surely that they have retarded Alex Salmond in his campaign to end the Union.”

“And it has to be said that the first minister’s suggestion that London 2012 might be the last time that ‘Scolympians’ would compete with English and Welsh athletes looks rather petty-minded as the British team prepares to join in tonight’s closing ceremony. Scottish Olympians aren’t exactly lining up to join Team Alex. Sir Chris Hoy – who of course refuses to take sides in the referendum debate – insists that his success is down to his participation in ‘Team GB’.”

“Everyone in Wales can be truly proud of what our athletes have achieved as part of Team GB. Their determination and drive has been truly inspirational and made a huge contribution to Britain’s record medal haul.

“The UK can congratulate itself on what it has achieved at these Olympics, from the wonderful creative vision of Danny Boyle’s opening ceremony, through to the flawless sporting events themselves; these have been the greatest Games ever.

“Wales has played its part, from hosting the training camps of a number of nations ahead of Games, to welcoming the world to the Millennium Stadium for the 11 Olympic football matches. We have strong Welsh links to Team GB’s world beating cycling team, who held some of their pre-Games training at the Velodrome in Newport.”

And finally, at the Belfast Telegraph, it is the sense of togetherness that Team GB has brought to the province that has been a defining moment of the games.

In its editorial on Saturday, the paper wrote:

“As the London 2012 Olympics draw to a close, there is a general consensus that these have been among the best Games in recent times. There were stories of triumph and tragedy, and of great achievements against the odds. No wonder there was so much emotion on so many occasions.

“Team GB performed superbly, in what may prove to be the best collective performance in a century. The crowds were supportive, and added a special atmosphere to competitions that were already keenly contested.

“Northern Ireland had it own heroes including the rowers and boxers, and the goodwill crossed all borders. People were pleased at the achievements of Team GB and also of Team Ireland. We in Northern Ireland could claim the best of both worlds, because some of the Team Ireland medalists are based up here. The cheering will not end until after the closing ceremony, but there will be cherished memories of the London 2012 Olympics.

“However it is important to recognise other notable sporting achievements, including the Belfast Interface Games which held its flagship event last night. In the past weeks a number of cross-community sports camps have been held for young people between the ages of nine and 13.

“They have been organised by the Belfast Interface Project, which represents some 45 community organisations from unionist and nationalist areas, and also by the Peace Players International charity. In contests of ‘three halves’, children played soccer, gaelic football and rugby, learning much from each other – and about their sports in the process. This has been a truly inspiring initiative, and it is every bit as worthy of our cheers as the much-lauded achievements of the Olympic competitors.

“These local activities have shown the importance of investing in sport for our young people, as well as in health and education. London 2012 is moving into the past, and much good will be learned from them too, but the Belfast Interface Fames with local children will remain an important part of our future as well.”

65 Responses to “Scotland, Wales and Northern Ireland reaction: Team GB has brought the UK together”