MP for Bradford West, George Galloway, has caused outrage online after relentlessly trying to discredit the women who have accused Julian Assange of sex crimes against them.

.
MP for Bradford West, George Galloway, has caused outrage online after relentlessly trying to discredit the women who have accused Julian Assange of sex crimes against them. 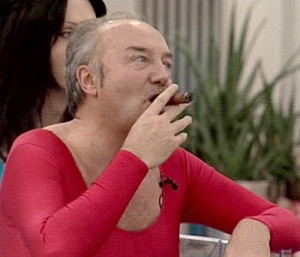 “Not everybody needs to be asked prior to each insertion.

Some people believe that when you go to bed with somebody, take off your clothes, and have sex with them and then fall asleep, you’re already in the sex game with them.

It might be really bad manners not to have tapped her on the shoulder and said, “do you mind if I do it again?”. It might be really sordid and bad sexual etiquette, but whatever else it is, it is not rape or you bankrupt the term rape of all meaning. .

Galloway took to Twitter to defend his comments and further promote the views of Assange’s apologists. He retweeted an article that attacks and names the two women involved, accusing their claims of being politically motived.

Here’s a quote from the sickening article:

Julian Assange hurt her feelings, she was angry about it and decided to take revenge on him. The main problem now is that she would never withdraw little lie, because she is responsible now for a huge thing and the whole world would hate her if she confesses.

She puts herself in a pretty bad position, even if she regrets her lie by now. In order to protect herself, she would never ever admit that she lied.

The bottom line: Don’t sleep with feminists, and if you are drunk and do it anyway… Don’t sleep with her feminist girlfriend and hurt her. These girls think they are smart and know how to use Google to find funny stuff about Revenge. Another bad thing: They know feminist state attorneys.

The Julian Assange case has triggered some truly horrific opinions towards rape cases and highlights how society’s attitudes to rape victims has contributed to poor conviction rates. I can only imagine how the constituents of Bradford West feel about their MP publicly supporting these unreasonable, insensitive views.

• Galloway to square up to Salmond over independence 14 May 2012

The evidence of George Galloway’s ridiculousness suggests that no one would take him seriously, but sadly his 87,000 Twitter followers and the majority vote he received in the recent Bradford West by-election suggests that some may do just that.