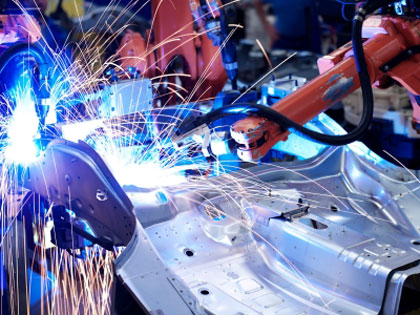 The manufacturing taskforce report commissioned last year by Australian prime minister, Julia Gillard, presented its findings this week. The Gillard government will respond to the report’s recommendations with an Industry and Innovation Statement later this year.

“Presents a significant opportunity to implement a National Manufacturing strategy that secures existing jobs and creates new jobs and a thriving industry well into the future.”

The taskforce’s report has generated much debate in Australia – however, there appears to be wide ranging consensus for the reports recommendations.

The taskforce consisted of representatives of business, unions, independent experts and the research sector.

The report ‘Smarter Manufacturing for a Smarter Australia’ says manufacturing currently faces challenges such as the high Australian dollar; the strength of the resources boom in terms of capital and labour; more intensive global and regional competition and the continuing fallout from the global financial crisis.

The report makes more than 40 recommendations designed to strengthen companies as they adapt to global economic change.

The report says that manufacturing can prosper and grow by taking advantage of significant emerging opportunities, especially in the Asian region.   The government says it is supportive in principle of most of the report’s recommendations.

Boosting skills, fostering science and technological input, creating smarter leadership are just some of the recommendations that emerge from the Taskforce.

• Investment in cities is key to economic recovery 15 Jul 2012

“We have lost over 100,000 jobs from manufacturing in the last four years and the report highlights that maybe as many as 85,000 may go unless we take decisive action now to get work back into our factories and safeguard our skill base.”

The taskforce’s calls for action also include:

●    Buying and building defence projects locally – such as the submarine fleet;

●    Support programs for workers to up-skill and secure their employment.

“Australia could not afford to ignore the plight of its manufacturing industry. Australia needs a diverse industry base.

Contrast this with the UK Coalition government’s non existent policies. They could do with taking a look at what’s happening down under in Australia rather than hoping that something will turn up, attacking UK employment rights, creating a “part time UK”.

If they wanted to look at a Plan B – the Aussie report is a decent place to start.