Coupled with the recent changes to visa rules for international students, the government is creating an increasingly hostile environment for all young migrants.

By Calynn Dowler, Migrant and Refugee Communities Forum (MRCF); this article is part of the blog series ‘Love Knows No Borders’, which takes a closer look at the effects of the recent family migration rule changes

If you’re under thirty and feeling a bit pessimistic lately, you’re not alone. 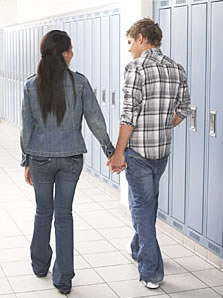 As if rising tuition fees, soaring levels of unemployment, and low wages were not enough, changes to immigration and settlement rules threaten many young families’ right to be together.

Coupled with the recent changes to visa rules for international students, the government is creating an increasingly hostile environment for all young migrants and making it next to impossible for young couples to settle in the UK:

• The global recession has hit young people in the UK harder than other age group. The number of 18 to 24-year-olds out of work for more than a year has risen by 874 per cent since 2000.

• Under new immigration rules, 58 per cent of people aged 20 to 30 will be unable to sponsor a spouse.

• The rule changes only take the British sponsor into account. Third-party sponsors (e.g. parents) will no longer be allowed. The income, savings, or UK job offers of the foreign spouse or partner are not considered.

• The sponsor will have to satisfy the income requirements on three separate occasions: on arrival, after 30 months, and at the end of the spouse’s probationary period of 60 months. This begs the question: if British sponsors lose their jobs, do they also lose their spouses?

John fell in love with his American fiancée Emily while the two were postgraduate students in the UK. As the relationship between them deepened, they began to make plans to build a life together and decided to marry in a small ceremony in the UK after completing their degrees in autumn 2012.

This would allow John enough time to search for a job and sponsor Emily’s application for further leave to remain (FLR) after her Tier 4 student visa expired. In case he couldn’t secure employment in time, John’s parents agreed to act as third-party sponsors for Emily. The couple didn’t necessarily expect to earn high salaries immediately, but they calculated that they would be able to get by without state support even if they took on minimum wage jobs.

Staying together, whatever the cost

The rule changes came as devastating news to the young couple. In addition to the higher income threshold, under the new rule changes John’s parents cannot act as sponsors as planned. The UK government welcomed Emily with open arms when she came as a student paying annual fees of over £10,000, but the relationship she has since developed with her fiancé is apparently not enough to stay – only more money is.

John and Emily have researched their options extensively. They’ve considered moving to the US, but applying for a spousal or fiancé visa there would mean a possible nine months spent apart, if not more. They could also relocate to a European country. If John works in a European country he will activate his EEA treaty rights, and Emily can stay with him regardless of his income level.

“It’s crazy that I have more rights in Europe as an EU citizen than here as a British citizen.

“These changes will not stop us. It’s crazy that they think they can discipline people’s emotions in such a way. I feel let down by my country. My family is here, my friends are here, my work is here, my studies are here, my interests are here…and I want, very much, for the person I love to be here also.

“I very much want to carry on “investing” in this country after my studies, but I might not be able to do that now, as I have been let down, and in fact, might be forced out simply because I fell in love with someone with the wrong passport.”

The pain of uncertainty

John explains that the two still plan to marry as soon as possible. He hopes to satisfy the income threshold so that Emily can stay, but he has concerns.

“I literally have been dreaming most nights recently of getting an £18,600 paid job! What it would feel like to get there, and for us to be together. But even if I get the job we have no guarantee that UKBA will approve us. It puts a huge amount of stress on a young couple.”

If John doesn’t find a job paying £18,600 soon, he and Emily will be forced to leave the country. Ultimately, he sees it as the UK’s loss, because:

“They are simply taking a highly productive and highly motivated couple out of society. They are making policies that are breaking young, potentially strong, families. What do such policies tell English people born here? That they and their loved ones are not valued or wanted by the state.’”

John and Emily are not alone

Many young people come to the UK each year to study or work. They fall in love with this country, and sometimes with its citizens. Likewise, British people abroad fall in love with foreigners. This is not a problem; it is the reality of an increasingly globalised and interconnected world. The problem arises from the government’s resolve to legislate relationships based on financial criteria. This approach is not only shortsighted and ill-conceived, it is also manifestly cruel.

Speaking Out: What can we do about it?

• Attend the demonstration held jointly by JCWI and MRN on July 9th near Parliament at 4:30pm.

• JCWI has other ways to get involved, accessible here.

Chris Mead, founder of the Family Immigration Alliance, began his blog out of frustration with the process of sponsoring his wife from New Zealand on an EEA family permit. Chris, aged 25, sums up the process as ‘an aging experience.’

With the most recent changes, he senses that ‘it is all crumbling down around young people in particular’. Recalling his own ‘imminent sense of desperate loss’ while sponsoring his wife, Chris is pained by the thought that other young couples will have to fight even harder to be together.

In his blog, Chris emphasises the importance of speaking out, sharing your story, and connecting with others to make the voices of ordinary citizens heard.

You can learn more about Chris’ story on his blog, or in his series of posts on MRN’s Migration Pulse. To contribute your story, contact Chris at [email protected].

* Names have been changed