David Cameron and William Hague like to talk tough about holding to account those responsible for the bloodshed in Syria, but what they won’t tell you is that they have been instrumental in blocking Assad and his henchmen being prosecuted by the International Criminal Court (ICC). 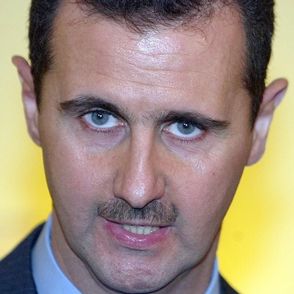 This week in the European parliament, I castigated Britain as one of a group of EU governments who ensured referring Syria to the ICC was removed from the draft conclusions of the last EU meeting of Foreign Affairs ministers, and did so again by withdrawing a resolution the EU was due to submit to the UN Human Rights Council in Geneva and due to be voted today.

I told MEPs our government’s inaction flies in the face of the evidence of torture by beating, electrocution, burning, hanging, sexual humiliation and mock execution, published by Human Rights Watch this very week.

Six EU countries have stepped forward to back the UN High Commissioner for Human Rights to actively authorise ICC intervention. Yet Tory-led Britain has refused to do so.

Instead the Tory MEP Spokesperson replied to my speech saying it was “not expedient” for the UK to back this call, whilst the current EU presidency seeking to justify the refuseniks said they “didn’t want to cause controversy at this time”.

As the chair of the European Parliament’s delegation to the UN’s International Criminal Court review conference, I acknowledge the timing of a referral must be sensitive to efforts towards conflict-resolution.

• We can’t sit back and allow more massacres: It’s time for military action in Syria 28 May 2012

However I told Parliament that delay on Syria had not left space for a negotiated solution to succeed, but a vacuum in which violations have intensified and the death toll to have reached 16,000.

Turkey and the United States have stepped into the breach in Geneva and it remains to be seen in the vote today, whether Tory-led Britain continues to ‘sit on the fence’ when the war criminals of Syria should be sitting in the dock.

24 Responses to “Six EU countries support intervention in Syria – why isn’t the UK one of them?”