Cameron is reluctant to call for an EU referendum but he is fully aware that he is losing supporters to UKIP.

.
Many are criticising David Cameron for continual vagueness and ‘double dealing’ through his avoidance to give a concrete answer on whether there will be a referendum on the UK’s inclusion in the EU. 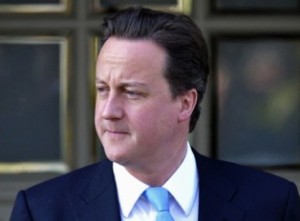 The prime minister left MPs confused yesterday after saying in the House of Commons:

“I do not believe the status quo is acceptable. But just as I believe it would be wrong to have an immediate in-out referendum, so it would also be wrong to rule out any type of referendum in the future.”

“A nudge-nudge, wink-wink policy is not good for the country nor will it keep his party quiet.”

“Mr Cameron faced questions from MPs for more than an hour on Monday over his vague offer of an EU referendum, a policy designed to appease Conservative eurosceptics but which has sown more uncertainty about Britain’s future in the EU.

“Mr Cameron said it was essential that Britain did not just have access to the single market but that it played a role in shaping its rules.

“But in a sign of his precarious political balancing act, Mr Cameron also refused to rule out the possibility of one day giving British people a choice on whether to follow the Norwegian model by leaving the EU altogether.”

• If psephology is destiny, Cameron will be forced further to the right 14 May 2012

Scottish first minister Alex Salmond also hit out at Cameron, accusing him of ‘double dealing’ with the Scottish and EU referendums:

“It is extraordinary that the prime minister should be suggesting a referendum on the European Union while apparently oblivious to the contradictions it reveals in his attitude towards Scotland’s referendum.

“He is suggesting an EU poll without any definition of what the question would be, at a time hitherto to be specified for which he has no electoral mandate whatsoever, while at the same time threatening to obstruct a Scottish poll for which there is a clear mandate and timetable

Even Cameron’s good friend Rupert Murdoch is speaking out against the PM. He said on Twitter:

“Cameron usual double talk about EU. “will consider referendum on membership after euro crisis cured” which will be never.”

“We’ve heard it all before. If he thinks he has shot UKIP’s fox, that he’s buried this issue in the long grass, he’s in for another think.”

Even though Cameron is reluctant to call for a referendum on the EU, he is fully aware that he is losing supporters to UKIP and is attempting to keep everyone happy. Sadly however, his current indecision and vagueness on the matter is upsetting all concerned.