.
Today presents a rare opportunity to ensure a commitment made in the election manifestos of all three parties and the coalition agreement is honoured – the pledge to enshrine the UK’s spending of 0.7% of gross national income into law. 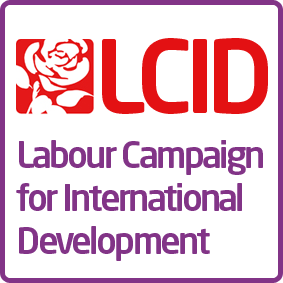 Labour and Co-operative MP Mark Hendrick has tabled a Private Member’s Bill on the issue, which is due a second reading, but will fall unless there is enough parliamentary time to debate it.

Unfortunately, there is not normally enough time to debate more than two Private Member’s Bills.

With this bill third on the list, the sponsors of the first two bills would have to agree to curb the time spent debating their own bills – or agree to drop one – if the 0.7% bill were to have any chance of being discussed.

After the partisan bickering of the past week over the Libor rate, the Conservatives have an excellent opportunity to give time to an issue on which, for once, we all agree on.

One of the two Conservative MPs whose bills are ahead of Hendrick’s is Richard Harrington, and as a committed member of the International Select Committee there will surely be few keener to see this bill pass than he.

Secretary of State Andrew Mitchell has claimed that only limited parliamentary time has prevent this law from being passed already. We at the Labour Campaign for International Development (LCID) and the wider development movement, have taken those reassurances in good faith – and the time has come for that faith to be honoured.

Harrington and Mitchell should work together both to ensure there is enough time for the bill to be debated and that Conservative MPs vote it through.

If they do not it will only serve to undermine confidence in this government’s commitment to reach the 0.7% target. Whilst the headline promise remains welcome, there are increasing reasons to be concerned.

First, rather than increase DFID’s budget steadily to the target, the government announced in 2010 it would freeze spending for the first two years, essentially withholding £2.2bn that could have been spent vaccinating children, training teachers and providing life-saving ARVs.

Then in the Autumn Statement last year it was announced that because GNI projections are likely to be lower than previously forecast, 0.7% will equate to less money and so the budget is to be reduced further. But GNI is not down because of an act of God – it is down because the governments’ austerity policies are failing and are choking off growth.

Effectively a £1.2bn cut to the aid budget it made their promise “not to balance the books on the backs of the world’s poorest people” look rather hollow.

And then in May the government’s own 0.7% bill was omitted from the Queen’s speech and DFID’s revised business plan pushed by the target for delivery of this legislation was March 2015 – meaning that the passing of Hendrick’s Private Member’s Bill is the only way which the Conservatives can avoid breaking their election promise.

With all of this happening against a backdrop of fierce opposition from backbench Conservative MPs and the right-wing press, it’s no wonder the development sector is getting worried.

Yet as things stand there has been no public campaigning by charities to support the passing of the Private Member’s Bill today. Charities do not think they can back the bill because it does not have MPs from different parties co-sponsoring the bill (both Alison McGovern and Michael McCann are Labour MPs on the International Development Select Committee).

Whilst this would have been preferable, charities are making the wrong judgement and a poor strategic decision. There have been many times when charities across all sectors in the UK and abroad have supported individual MPs, senators or governments to push through bills that advance their causes. But in any case surely there is no better example of cross party consensus than a promise that was in all three parties manifestos?

Mark Hendrick MP even offered to use the government’s draft bill as the basis for his own. Charities worried about losing access by being critical of the government need not be – any public campaigning or lobbying could be framed positively as a chance for the Government to deliver on their own promise.

The last Labour government provided strong leadership on development most notably in the  historic aid and debt deals agreed at the G8 in 2005. Pushing this 0.7% bill is an important part of continuing that leadership in opposition.

But because development is more than just aid, we welcome shadow secretary of state Ivan Lewis MP calling for new global covenant that focuses on tackling inequality. And welcome too that Labour’s treasury team have been seeking amendments on government finance bills affecting commodity speculation and tax avoidance by UK companies abroad.

Andrew Mitchell likes to claim there is ‘not a Labour, Conservative or Liberal policy, but a British policy on international development.’ We strongly disagree. But on this issue at least, today is an opportunity to help deliver (possibly the only) promise that was in all three manifestos – and wider and more vocal support is urgently needed if that promise it to be kept.

34 Responses to “There must be cross-party commitment to passing the 0.7% international aid bill”