As much as we welcome the tax freeze, why won’t Osborne learn that these U-turns are doing serious damage to his credibility as chancellor?

.
Sound the U-turn claxon as chancellor George Osborne has yet again U-turned on a budgetary measure by pledging to freeze the fuel tax for the rest of the year. 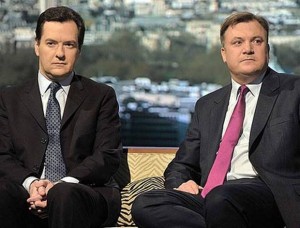 Petrol prices were due to go up by 3 pence in August and just this weekend the transport secretary Justine Greening insisted that the rise would go ahead.

But in a move underlining just how worried the government is about pressures on the cost of living the Chancellor announced in the Commons that the rise would now be delayed until next year.

Mr Osborne said the £500 cost of the freeze would be paid for by larger than expected savings made by government departments.

Shadow chancellor Ed Balls has responded to the U-turn on fuel duty:

This is the fastest U-turn in history. Labour called for this help for families and businesses this morning and I welcome the fact the chancellor backed down this afternoon.

With U-turns on petrol, pasties, caravans, charities and churches, George Osborne’s Budget is now in tatters – a truly omni-shambles of a Budget from a part-time chancellor whose reputation is now badly damaged.

But we now need to see a U-turn on the tax cut for millionaires and the tax rise on pensioners. And with Britain pushed into a double-dip recession, which means borrowing is now higher than last year, we need a U-turn on this government’s failed economic plan.

As much as we welcome the tax freeze, why won’t Osborne learn that these U-turns are doing serious damage to his credibility as chancellor, and he would be better off NOT taxing the less well off in the first place?

17 Responses to “Osborne’s scrapping of fuel tax is ‘fastest U-turn in history’, but a welcome one”