General secretary of the NUJ Michelle Stanistreet gives her view on what the Leveson Inquiry must achieve.

‘Country supper’ tables, discreet bars in Mayfair gentleman’s clubs, pyjama parties and the baptism font have all been locations featured in the Leveson Inquiry’s investigation into the relationship between politicians, journalists and newspaper proprietors. 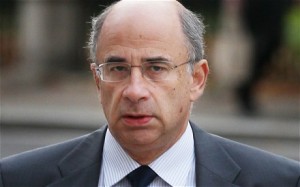 They have been the places where relationships were forged and interests pursued beyond the meetings assiduously minuted by civil servants.

They are occasions where both sides were currying favour and where boundaries were potentially breached.

The third module of the inquiry, which probed the relationship between politicians and the press, ended with the testimony of David Cameron, and took in the evidence of three former prime ministers and leading ministers on the way.

There has been one thing in common; all have had their fingers burned when tangling with the top media mogul, Rupert Murdoch.

The evidence revealed by Leveson’s lead QC Robert Jay’s forensically polite grillings has been compelling. It has been a powerful argument for the need for greater transparency between the political elite and the leaders and acolytes of powerful media conglomerates.

Yes politicians and journalists will be in constant contact and in some cases will be friends. We all may have cringed at Rebekah Brooks’ message in which said she was “so rooting” for Cameron, “not just as a proud friend but because professionally we’re definitely in this together!” and, equally, his toe-curling lol sign-off in texts to her.

But what is most concerning is that arch-networker Brooks was able to use her power as a tabloid editor and then contacts with her old Etonian husband and tennis partner of Cameron to broach commercially and politically sensitive deals and favours for her boss, Rupert Murdoch.

• Assange: Leveson Inquiry will “crack down” on investigative journalism 25 May 2012

Robert Jay took the prime minister through a set of meetings, social and otherwise with Rupert Murdoch, his son James and Brooks. He then tried to match them with timings of specific issues close to the Murdoch empire’s heart, namely the BBC licence fee deal and the £8 billion bid by News Corp to buy the 61 per cent share of BSkyB that it did not already own.

He looked at how James Murdoch’s scathing attack on the BBC in his MacTaggart lecture and his desire for the BSkyB deal fitted in with a discreet meeting over a gin and tonic at the George club when he revealed that the Sun would be backing the Conservative Party at the general election.

During his evidence, Cameron said there had been no overt nor convert deals with the Murdochs. If only his memory had been better, he could have dispelled what Jay said was “a perception that we had the coincidence of two things, at least in terms of time: a shift in support and policies which don’t precisely match what we see in the MacTaggart lecture, but are not a million miles from them, and the public thinking, ‘Well, there’s some sort link between the two’”.

The problem is John Major had already told us that Rupert Murdoch had told him that he would withdraw the support of his newspapers unless Sir John changed his policy on the UK’s membership of the EU.

Tony Blair, godfather to one of Rupert Murdoch’s daughters, is also tarred with the same brush. He admitted that he played homage to the court of Rupert because he didn’t want the same treatment that his predecessor Neil Kinnock received from the Sun.

Fair enough, you may say. But can we believe him when he says that a pro-News International clause found its way into trade union legislation was nothing to do with a deal. Can we believe him when he reiterates that he did not drop a cross-media ownership review to please Murdoch because he wanted support for his policies and a later a deeply unpopular war in Iraq?

And what of Gordon Brown? Rebekah Brooks was invited to pyjama parties with his wife, but that didn’t stop her splashing with the story of his son’s cystic fibrosis in the Sun. But of course by then, seeing as the Sun does not back losers, Brown and the Labour Party were already toast.

Perhaps David Cameron is now ruing the day he asked Lord Justice Leveson to examine the culture, practices and ethics of the media. But the NUJ believes that it has exposed a situation in which dealings between a powerful elite are not subject to transparent government and where powerful media organisations can dangle the carrot of its papers’ political support or stick of political obliteration in return for commercial gain.

The Leveson Inquiry has shown that parts of the Murdoch empire believed it was above the law. Police were complicit and politicians were too afraid of the consequences of taking him on. Ed Miliband said in his evidence that politicians were wary of the impact it might have on their prospects; and he included himself.

As this module comes to an end Lord Justice Leveson must, in his eventual summing up, look towards making recommendations that will not allow the democratic process to be undermined by Faustian pacts by aggressive media owners. He must look at ways to prevent cosy relationships and clandestine meetings between powerful elites and those pulling the levers of power.

Because, democratically, we’re definitely all in this together.