In a move heralded as ‘the end of compassionate Conservatism’, David Cameron will today announce drastic cuts to housing benefits.

In a move heralded as ‘the end of compassionate Conservatism’, David Cameron will announce today drastic cuts to housing benefits. 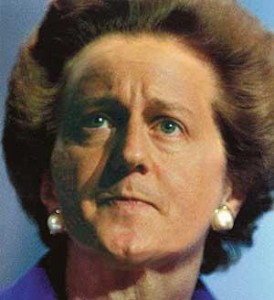 Those most affected will be under-25s and families with three or more children, as the government plans to cap benefits for big families and almost all under 25s will lose entitlement to housing benefit, on the assumption by the government that young people can return to their parents’ home.

Child benefit will also be limited to three children.

The prime minister will claim there is now a damaging and divisive gap in Britain between those enjoying privileges inside the welfare system and those resentfully struggling outside. It is likely to be seen on the left as the death-knell for Cameron’s brand of compassionate conservatism.

He will also single out lone parents of multiple children as a focus for cuts and insist the welfare system should be a safety net available only to those with no independent means of support.

George Eaton, writing for the New Statesman, says Cameron is exploiting the myth that only the unemployed gain from housing benefit:

Cameron is perpetuating the biggest myth about housing benefit: that it is a benefit for the unemployed. The truth is that just one in eight claimants is out of work (not a statistic that you’ll find reported in most papers). The majority of those who claim housing benefit, including the under-25s, do so to compensate for substandard wages and extortionate rents.

A recent study by The Building and Social Housing Foundation showed that 93 per cent of new housing benefit claims made between 2010 and 2011 were made by households containing at least one employed adult.

The inflated budget, which will reach £23.2bn this year, is the result of a conscious choice by successive governments to subsidise private landlords rather than invest in affordable social housing.

• Why do ministers refuse to invest in a housing boost that would be great for the economy? 13 Jun 2012

Meanwhile in the Independent, Owen Jones explains there is an alternative here:

If the government was serious about taking down the housing benefit bill, it would build social housing, phase in rent caps and introduce a living wage.

Gone are the days of Cameron’s insistence that “we are all in this together” as he unashamedly steams ahead with plans to favour the rich (in this case, private landlords who continue to increase rents without a state-enforced cap in sight) and turn his back on the poor. Perhaps we should be relieved that Cameron’s true colours are eventually shining through, as people begin to realise the true consequences for a country under a Conservative-led government.