The Taxpayers’ Alliance’s tax plans involve cutting state spending to 33% - which is ludicrous.

To much fanfare, the Taxpayers’ Alliance’s 2020 tax commission has reported this morning. 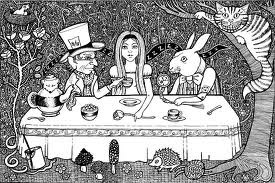 The uber-Thatcherite campaigning group and darling of the Tory backbenchers has delivered a paleoconservative’s wish list: An effective flat rate of income tax of 30 per cent, the abolition of inheritance tax and the slashing of motoring taxes.

However, there is one rather crucial catch before we can all skip off to low-tax paradise:

Our starting point is the chancellor’s long-term forecasts: he hopes to see public spending as a share of GDP fall from 48 per cent last year to 39 per ce in five years’ time.

Our proposals would take this further, reducing public spending to 33 per cent of GDP by 2020 or thereabouts.

State spending at 33 per cent would be at a lower level than at any point sinc 1940.

It touched 34 per cent in 1989 and 35 per cent in 2000, when the baby-boomers – those born between 1945 and 1960 when post-war fertility was at its peak – were in their working-age prime, and more than counterbalanced dependents at either end of the age spectrum.

However, as the baby-boomers become pensioners, the pressure on government spending is set to soar, and anyone who thinks otherwise is deluding themselves, as has been argued by conservative commentator Daniel Knowles:

“In the future, 40 per cent of GDP will not get us anywhere near the level of services and welfare that we got used to under New Labour.

“According to the Office for Budget Responsibility, thanks to our ageing population, healthcare spending alone will have to go up by 5 per cent of GDP just to maintain the same level of service.

“The increasing pensions bill is almost as brutal. At New Labour levels of taxation, public services have to get worse – to maintain them, we have to spend ever more.”

It’s not just the UK where state spending is set to rise.

“Government spending as a percentage of GDP cannot be expected to stay flat over time.

“That doesn’t mean we should just say “eh, whatever” and balance the budget entirely on the tax side. But it does mean we should expect the federal budget to be a bigger share of the economy in 2020 than it was in 2000, and structure the tax code accordingly.”

However, according to the 2020 Public Services Trust, spending in the UK may rise to near two-thirds of GDP:

Public spending as a percentage of GDP will rise to more than 63% of national income by 2030, a thinktank says, to meet the rising costs of ageing, an unexpected fertility boom, climate change and the price of replacing decrepit infrastructure.

The 2020 Public Services Trust – a “dead centre” commission that includes both Labour and Tory luminaries such as Blair’s former policy guru Matthew Taylor and the Tory MP Stephen Dorrell – calls for a “system redesign” of government to head off a permanent fiscal crisis.

In the worst case scenario – if growth remains sluggish, averaging just 1.75% – then public spending would reach £880bn, eating up almost two-thirds of GDP within two decades.

The think tank suggests that by 2028 the most realistic scenario sees state spending rise to between 49 and 52 per cent.

Whatever the actually figure, basing a tax policy on a government spend of 33 per cent may be give right-wingers great personal gratification, but it only has the loosest relationship possible with reality.