A rejection of the European Union treaty in the upcoming Irish referendum would be seen as a success for Sinn Féin and inject hope into the party.

A rejection of the EU treaty in the upcoming referendum would be a success for Sinn Féin as well as giving hope to the party who are holding their largest number of seats in Dáil Éireann since 1986. 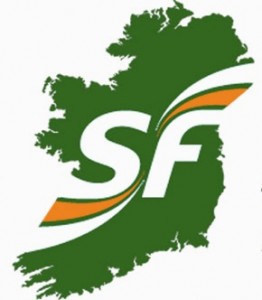 That very sentence would have been sneered at by the party’s political detractors even a handful of years ago, but now serves as some indication of the momentum that the party currently enjoys.

The past year has unquestionably seen a breakthrough for Sinn Fein, consolidating its position in ‘northern’ politics while breaking through in the ‘southern’ Irish state. This was reflected in the speeches at the ard fheis.

Northern Ireland’s deputy first minister Martin McGuinness focused on the theme of “national reconciliation”. Holding out an olive branch to unionists, he said:

“People who think that a new Ireland, a united Ireland can be built without unionist participation, involvement and leadership are deluded.”

There are signs this call is being reciprocated. Talks between Sinn Fein and leading figures in the unionist community continue.

The former Methodist moderator, Reverend Harold Good, who witnessed the decommissioning of IRA weapons, said the talks were aimed at building trust between divided communities, adding:

“We’ve come a long way in our peace-building but we must now begin to talk about the healing of the hurt. From there, who knows what we can build.”

In a hard-hitting message to “deluded” dissident republicans, McGuinness called on them to end their campaign of violence and enter talks, adding:

“The war is over and we are in the process of building a new Republic and you can still be part of that.”

Meanwhile Sinn Fein president Gerry Adams concentrated on the parlous state of the Irish economy, lambasting the “political and banking elite and the developers – the golden circle – that enriched itself through corruption, greed and bad policies”.

Lambasting Dublin’s political establishment, Adams said people who had thought they were voting for change in last year’s general election had simply seen that “ Tweedledum dum has been replaced by Tweedledee and Tweedle dumber”.

Turning to the Irish Labour party – the junior coalition partner – he pointedly asked what the party’s founder, the legendary James Connolly, would think of their support for the “implementation of right wing austerity policies?”

Instead, Sinn Féin would implement a €13 billion, three-year stimulus to support SMEs, get the economy moving and create 130,000 job, although details were sketchy.

But it hardly matters; the Shinners recognise they are on a roll. Last year’s general election saw the party treble its number of seats in Dáil Éireann, giving the party its biggest haul since the party first recognised the southern Irish state in 1986. The feat was repeated in the Irish presidential election, with Sinn Fein’s candidate, Martin McGuinness, finding a comparable level of electoral support.

Since then the party has consistently climbed in the opinion polls – usually at the expense of the Fine Gael/Labour coalition – as austerity measures begin to eat into the government’s popularity.

A poll in today’s Irish Times has Sinn Fein on 24 per cent – putting the party in second place behind the coalition’s senior partner, Fine Gael. Moreover, Gerry Adams is now the most popular political leader in the Irish Republic, with Sinn Féin building support steadily, particularly among D and E group voters as the Irish Labour party – junior coalition partner – slumps to ten per cent.

This highlights the other prong of the Sinn Féin offer – the party’s democratic socialist tradition. The party’s socialism used to put off small ‘c’ conservative southern Irish voters, but the continuing economic gloom means Sinn Féin’s more radical message on rejecting austerity economics might, at last, be striking the right chord. In particular the party’s emphasis on the numbers forced to emigrate to find work has powerful emotional resonance among the Irish, long used to “exporting” their young people.

This Thursday sees a referendum on the EU fiscal treaty (or “austerity treaty” as Sinn Finn refers to it). Latest polls in Ireland predict a victory for the Yes campaign backed by the ruling coalition, big business and former party of government, Fianna Fail. But Irish public opinion is fickle.

Sinn Féin is heading the No campaign, with Gerry Adams calling it “a good and patriotic and positive action” to vote No to further austerity.

A rejection of the treaty will be chalked up as a political victory for Sinn Féin. But if voters choose to back it, probably through gritted teeth, that too will provide a fillip, allowing the party space to exploit the government’s growing unpopularity over spending cuts and rising unemployment. In terms of its brand and political positioning, Sinn Féin is now in a stronger place than ever before, with a coherent two-state strategy which appears to be working on both fronts.

But the party’s historic goal – Irish unity – remains their real prize. Calling for a “cordial union” between North and South, Gerry Adams said a new “agreed united Ireland” would emerge through a process of reconciliation.

“It does not make sense on an island this size and with a population of six million, to have two states, two bureaucracies, two sets of government departments, and two sets of agencies competing for inward investment.”

26 Responses to “Sinn Féin’s twin aims: Winning friends in the north and finding some southern comfort”