The government announced it will veto the rulint the NHS Risk Register be published, cynically burying the news on the day of the coalition relaunch.

With David Cameron and Nick Clegg relaunching the coalition today, and on the eve of the Queen’s Speech, the government tonight announced they will veto the Information Tribunal’s demand the NHS Risk Register be published, cynically burying the news they will keep secret the risks that could bury our NHS. 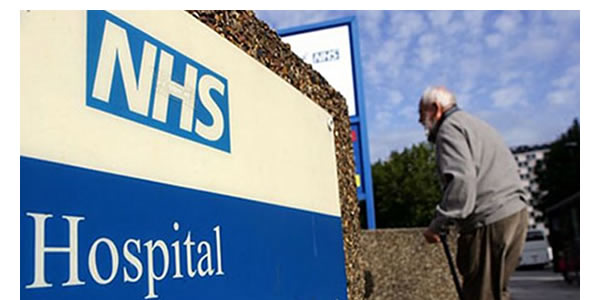 In March, the Information Tribunal had ordered health secretary Andrew Lansley publish the risk register “immediately”, with leading peer Lord Owen calling it a “constitutional outrage” that the government could go ahead with the health and social care bill (now Act) while continuing to appeal its publication.

Responding to the news, former shadow health secretary John Healey – who first asked for register to be released in November 2010 – said:

“This is a desperate act which will backfire badly. It is an admission of defeat on the legal arguments for public release.

“It is totally over the top to place NHS changes on the same footing as preparations for the Iraq war. There must be some very big risks in the government’s NHS reorganisation for ministers to override the law with their political veto. Ministers have made the announcement in the very last hour of the last day, trying to bury this bad news on the eve of the Queen’s Speech.

“The government has lost twice in law, yet still won’t accept that patients and NHS staff have the right to know the risks Mmnisters are running with the biggest-ever NHS reorganisation.”

Today’s decision – the vetoing of the register (and the burying of the news) – makes a mockery of David Cameron’s May 2010 pledges of transparency, added Healey:

“It’s a desperate act from act from a prime minister who laid claim to good government, saying:

“I think transparency can help us to re-build trust in our politics. One of the reasons people don’t trust politicians is because they think we’ve always got something to hide. Well, by the time we’ve finished, there will be far fewer hiding places…

“In time, I want our government to be one of the most open and transparent in the world.”

“Risk has been at the heart of concern about the longest legislation and biggest reform in NHS history. Lack of evidence and confidence about how well the government was prepared to manage the risks was a major cause of professional, public and Parliamentary alarm at the plans. By keeping the risk register secret, ministers have missed the chance to reassure people they’re on top of the risks.

“This decision will only fuel doubts and distrust about the Government’s NHS plans, as people rightly ask: ‘what are they hiding from us?’

“They’ve lost the argument on the NHS; now ministers will lose any benefit of the doubt because every time something serious goes wrong in the NHS, people will want to know: ‘Did they expect this problem? And what did they do to avoid it?’”

A draft version of the register had previously been leaked, revealing rising costs of GP care, poorer response to health emergencies and the high chance of losing financial control of the services; small wonder then the government daren’t let the public see the full litany of risk.

While the NHS London assessment (pdf) of the risks of the government’s top-down reorganisation of the NHS warned:

“The quality of the commissioning of health care may be poor, both in securing the best health outcomes for London’s population and in maximising value for money.”

“The consequences of this may be preventable harm to children, damage to the reputation and loss of public confidence in NHS London and the NHS in London.”

From all that’s known, from all the damage this arrogant, out of touch prime minister has inflicted on the NHS, his claim the health service is ”safe in my hands” looks falser by the day.