If we are to prevent the entirely avoidable Sahel famine crisis from killing thousands of people and once again staining our planet we must act. Now.

Avoiding famine in the Sahel demands urgent action – and definitely NOT the dropping of the 0.7% target, writes Lord McConnell

My colleagues on the economic affairs committee in the House of Lords could hardly have chosen a worse time for their report, published last month, opposing the all-party commitment to 0.7% of UK GDP as the target for our nation’s international development aid. 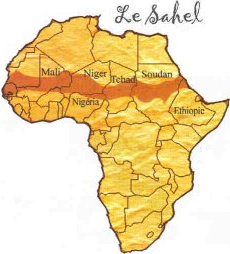 While politicians and pundits in Britain might be having fun arguing about tax on pasties, international attention is slowly moving to the Sahel Region of West Africa where 13 million people are at risk of famine due to food shortages caused by weather patterns in recent years and the upheaval in the region over the past 18 months.

And this is now compounded by the recent coup in Mali that has resulted in thousands of refugees fleeing across borders. Mali is likely to be one of the worst countries hit in the food crisis – with an estimated 3.5 million people facing food shortages and staple food prices rising over 100%.

Two years ago, a catastrophic hunger crisis began to unfold across east Africa, killing between 50,000 and 100,000 in Kenya, Ethiopia and Somalia alone and affecting more than 13 million people – most of them women and children.

According to a recent report by Save the Children and Oxfam slow international response was partly to blame for these numbers. According to the report, indications of the impending crisis were evident as early as August 2010.

In fact, governments and journalists were raising the alarm even earlier – an article in The Economist, hardly a fringe voice in the media, warned of a looming famine as early as September 2009.

• The need for disaster prophylaxis – managing the risk, not the crisis 19 Jan 2012

• East Africa food crisis could have been prevented 22 Jul 2011

Just as we have received news from the UN that last year’s food famine is officially “over” the crisis in the Sahel demands immediate action by the international community.

The UN states it will require $725 million this year to prevent the famine – of which only 20% had been raised by February. While the UK government has given nearly £5 million ($7.8 million) in aid to the Sahel region there is a very real danger the response overall will be too slow – again.

What makes famine most shocking is that it has taken place in an era where information and resources are so readily available. Despite unprecedented levels of media coverage and international cooperation in humanitarian aid, situations still escalate to the point of crisis before governments and aid agencies begin to respond at scale.

In the past, it has often been the lack of awareness and funding that has stood in the way of effective disaster response. In east Africa, this was clearly not the case. Rather, it seems to have been the reluctance of donors to act before there was concrete proof of extreme emergency. However, when proof comes in the form of human lives lost, something must change.

Save the Children and Oxfam argue rightly that the international community must commit itself to crisis prevention rather than response. In the report, they put forth a Charter to End Extreme Hunger, which calls for an international commitment to early action at the onset of food crises.

If successful, the charter would compel the release of UN funds at the first warning signs of food crises, increase support for local food production, and scale up emergency food reserves. Perhaps most importantly, it would prioritise long-term, preventative humanitarian work that builds resilience to such disasters.

Election violence in Kenya, conflict in Somalia, and famine in Ethiopia have kept east Africa on the international radar for decades – in contrast, the Sahel is rarely mentioned in international news.

This has much to do with its size and geographical spread. The Sahel is a zone that stretches across the continent. It spans eight countries, covering northern Senegal, Mauritania, Mali, Niger, Burkina Faso, northern Nigeria, Cameroon, and southern Chad.

In the past ten years, the Sahel has suffered widespread desertification, with major droughts occurring across the region in 2005 and 2010. In the past months, aid and news organisations have reported that severe drought has returned. Early warning systems have begun to report signs of imminent famine. Yet it appears “famine fatigue” may be setting in, as donors grow weary of yet another African crisis.

A large-scale famine would put the Sahel on the map. But it would do so through an obscene cost in human lives.

An early, coordinated response by the international community to food shortages in the Sahel could help the region avert the sort of large-scale disaster that devastated east Africa. Either way, it stands to be the measure of lessons learned.

This is hardly the time to oppose the legitimacy of the development aid target of 0.7%, agreed decades ago and today in the UK, at last, an all-party pledge. Nor is it time to turn a blind eye to the Sahel and wait for famine to take hold

Rather we must rally together as advocates, donors, volunteers and global citizens if we are to prevent this entirely avoidable crisis from killing thousands of people and once again staining our planet.