David Cameron today lavished praise on Indonesia - the country with the world's largest Muslim population - hailing it as a model to the Muslim world.

David Cameron today lavished praise on Indonesia, hailing it as a model to the Muslim world; the country with the world’s largest Muslim population, a democracy, free and true, with religious freedom enshrined in its constitution – the ultimate example for the aspirant Arab Spring nation throwing off the yoke of tyranny. 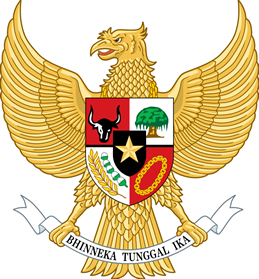 “What Indonesia shows is that in the world’s largest Muslim-majority country, it is possible to reject this extremist threat and prove that democracy and Islam can flourish alongside each other.

“That’s why what you are doing here is so important, because it gives heart to those around the world who are engaged in the same struggle.”

Cameron called the country’s transition from the regime of Soeharto – who resigned in 1998 – to today’s modern democracy an “extraordinary journey”, one which sees Indonesia with a higher proportion of female politicians (27.3 per cent) than Britain (21 per cent).

Of the current despots terrorising their countries, the prime minister focused on Syria’s President Assad, describing him as one of the world’s “dangerous foes” to be consigned to history, like slavery and apartheid, that subjugate populations and deny them their destiny:

“Where cries for reform are being resisted and the people are being repressed – just as they are today in Syria – we must oppose the authoritarian. Because the longer Assad stays, the more dangerous things become for his people and the greater the likelihood of a bloody civil war…

“Wherever vision of democracy and citizenship has been advanced, it has encountered dangerous foes. From slavery in America to the civil rights movement a century later. From apartheid in South Africa to the situation in Syria today.”

The likes of Assad, he said, were part of the four major threats to democracy: authoritarian leaders, corrupt elites, extremists and tribalists.

Crucially, on Islamist extremists, whose rise across the region threatens the democratisation of the Middle East, he said:

“There is a problem across the globe with Islamist extremism, which is a political ideology supported by a minority…

“[We must condemn] extremists – some of whom are violent – and all of whom want to impose a particular and very radical, extreme version of Islamism on society to the exclusion of all others. And this total rejection of debate and democratic consent means they believe that democracy and Islam are incompatible.”

Adding of the emergence of the Muslim Brotherhood in Egypt:

“The world will expect them to live up to the commitments they have made to protect the rule of law for all citizens, to defend the rights of the Coptic Christians and minority groups and to accept that democracy means they will be held accountable in the courts, and that they should not pervert the democratic process to hold on to power should the will of the people change.”

• Shahbaz Bhatti assassination: Who will stand up to the extremists now 2 Mar 2011

Egyptians, Indonesians, Syrians… humans, deserving of the right to vote, to live free from terror, free from fear, free to shape their future. Standing up in defence of these values, be it in Libya or soon in Syria, is not only the right thing to do but is in our national interest; we do indeed all breathe the same air, all cherish our children’s future, and are all mortal.

“What Indonesia is showing is that it is possible to develop a democracy and a modern economy that neither compromises people’s security, nor their ability to practice their religion. Indeed, far from endangering safety, prosperity and religious identity, it is democracy that helps to ensure them.

“And this has huge implications for others around the world seeking the same fundamental freedoms, in places like Egypt, Iran, and Syria. Indonesia’s transformation is not just vital to its own future, prosperity and security – if Indonesia can succeed, it can lead the world in showing how democracy can offer an alternative to the dead-end choice of dictatorship or extremism.”

18 Responses to “Indonesia: A beacon for the Arab Spring, a triumph over dictatorship and extremism”