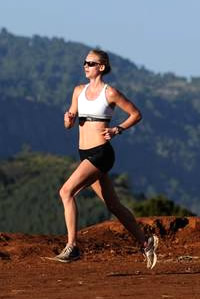 On Left Foot Forward, we have long highlighted the appalling lack of coverage of women’s sport in the UK media, culminating in the all-male shortlist for the BBC Sports Personality of the Year awards in December.

Barely five per cent of all sports coverage is of women’s sport, a poor figure, made worse by the fact we’re just months away from a home Olympics, with many women tipped for gold – not household names, barely covered by the media, role models hidden from view by lack of exposure in the press, online, on radio and on TV.

“Does he agree with me that while women’s sport accounts for only five per cent of all sports coverage the profile of sportswomen will remain so low that not only does it mean that talented athletes don’t make it onto award lists like BBC Sports Personality of the Year, but it makes many of our best role models totally anonymous, thus making it harder to inspire and encourage women and girls to participate in sport and physical activity?”

Today, however, to coincide with International Women’s Day, Women 2012, a new women’s sports channel, is being launched.

Women’s sport gets about 2% of all sports media coverage in the UK – leaving women’s sport short-changed and presents a clear lack of healthy and active role models for women and girls to look to. Women’s sport is underfunded, under promoted and lacks availability at all levels…

This year, in the lead up to London 2012, we hope to give some focus, direction and exposure to the potential offered by women’s sport as a powerful motivator for women, a community driver, a rich vein for healthy exercise/wellbeing and confidence building and an exciting alternative to TV, computer games and reality shows.

We plan to raise the profile of many of our world-class sportswomen and get young girls more interested in sport by raising them up as role models.

A group of sports nuts have come together to make this happen. They range from young sports students to middle-aged mums and from current internationals to retired sportsman. Many already have considerable experience in specific women’s sports promotion, publishing and broadcasting. They bring together a wide range of skills, sports and experiences to cover women’s sports events.

The new website will be edited by Amy Carter, a former professional windsurfer and co-editor of Boards Magazine, and will have correspondents in cricket, fencing, football, gymnastics, hockey, sailing, snowsports, swimming and tennis.

At school, the gap between male and female participation has closed fast and is now minimal – the PE and Sport Survey 2009/10 (pdf) shows 77% of girls and 79% of boys played intra-school competitive sport, with 46% of girls and 52% of boys playing inter-school competitive sport – yet at professional level, the difference in participation is big, the difference in coverage enormous.

Today’s developments are of course welcome, and it is to be hoped that word gets out – but only when the mainstream press and broadcast media increase coverage of women’s sport from its pitiful levels will the imbalance have even begun to have been addressed.

17 Responses to “On International Women’s Day, finally some progress on coverage of women’s sport”