While the US economy shows encouraging signs of recovery, we in the UK are paying for chancellor George Osbourne’s own misguided version of Voodoo Economics.

Last Friday we found out the US economy had created 227,000 more jobs in February, with the number created in January revised up to 281,000, meaning a total of more than half a million jobs created in the first two months of 2012. 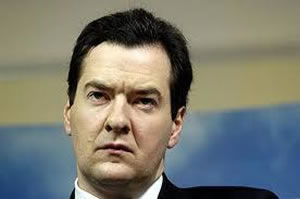 This was just the latest in a string of positive news stories regarding the US economy; earlier in the week came the news (£) US GDP growth was revised up for the last quarter of 2011 to +3%, meaning talk of a double-dip recession was receding quickly as the markets now were asking ‘how strong will the US recovery be?’

For the UK, thoughts of a recovery are receding fast with market talk firmly still on a ‘double dip’ recession.

The comparison with the US, not Europe, is the most telling for the UK. Both countries have large financial sectors, meaning the damage done after the financial crash was similarly devastating.

Both have their own currencies and central banks who have used policies such as interest rate cuts and quantitative easing to independently try to boost their respective economies, these in turn being the main factors leading to the low borrowing cost for government.

Indeed, they had similar policy reactions to the crash, with both countries engaging in stimulus packages with initial positive growth in GDP and confidence in the second half of 2009 and early 2010, yet, as Graph 1 shows, UK Q4 2010 saw negative growth, with growth yet to return to the levels of Q1-Q3 2010 – a stark contrast to the US.

The fundamental divergence from 2010 onwards was how to achieve growth.

The Obama presidency held resisted pressure from an increasingly militant Congress and kept to a solid economic strategy that while the private sector was weak it would be irresponsible for the government to cut public spending drastically; indeed it was the job of government to provide continuing stimulus to the economy. The UK coalition government took different view, believing that cutting spending would reassure business and lead to an investor-led recovery.

This is not a new refrain – it was a similar theory that underlay the supply-side ‘Reaganomics’ policies in the 1980s, that government and business were diametrically opposed and that government needed to just ‘get the Hell out of the way’ to allow the trickle down/across effect of the market to work.

In contrast to this, through all the unpopularity Obama has suffered in the US over the last few years he stuck to the sometimes unfashionable idea that the US government did have a central role, with government and businesses having a symbiotic not combative relationship, that:

“…as a nation, we have always come together, through our government, to help create the conditions where both workers and businesses can succeed.”

The US government through stimulus and investment created a tangible bridge back from the abyss allowing the private sector to motor back to strong growth; our own bridge was kicked away by an ideologically-driven assault on government by the Conservative-led coalition just when it was needed most – the facts on growth and jobs are unfortunately now staring at us in black and white.

We in the UK are paying for our choice to turn away from sensible economic thinking to espouse the fear and loathing of government driven by George Osbourne’s own misguided version of Voodoo Economics.