Alex Hern looks at the question of Tube automation. It can be done - but it may not be worth it just for a PR coup for Boris. 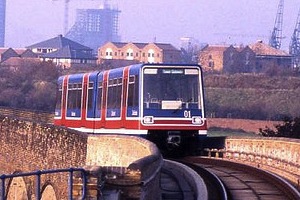 One of Boris Johnson’s key pledges at the last mayoral election was to engineer a no-strike deal with the tube unions “to get Londoners moving”.

On that, he has been a disastrous failure, with 23 strikes in his four years as mayor, compared to 16 in the eight years before him.

His response to his failure to negotiate seems to now be to do away with Tube drivers altogether.

Mr Johnson said: “When the Jubilee Line is complete there will be three lines in London which operate on an automated system.

“It is a fact that as we speak most of the Jubilee Line runs under automatic operation.

“The driving of the train is done by computer, rather than manually.”

Mr Johnson said trains still needed one member of staff aboard, as on the Docklands Light Railway.

But he continued: “It is a fact that anybody in this room could in a matter of a few weeks acquire the qualifications to supervise an Underground train.

“The huge implications of that change will be obvious to all of us.

“I hope they [the unions] will recognise the patience of Londoners is not endless. They should abandon the recent pattern of strikes.”

The three lines which could easily be automated are the Central, Jubilee and Victoria lines; however, the safety issues of doing so are not to be sniffed at.

Evacuation is one. The DLR, London’s largest driverless system at the moment, has very few underground sections, all of which are built with walkways alongside. The Tube relies instead on evacuation shafts, which were built into the Victoria and Jubilee lines at the time of construction, but not the Central line.

Safety on the platform is another. Just yesterday, the Evening Standard reported on the narrow rescue of a five-year-old child, moments before he was crushed by a tube train.

He slipped under the Jubilee line carriage while trying to board it ahead of his parents. The driver had been given the signal to set off as the couple rushed to rescue their son, who was fighting desperately to climb back onto the platform.

But he carried out a last-minute check on his CCTV – and spotted the child’s hands reaching up from beneath the train. Today the unnamed driver was hailed a hero after jamming the brakes back on and raising the alarm.

London Underground deny that this has any relevance to the automation argument, and told Murray that:

In the case of driverless trains, special platform or train-mounted sensors would alert staff to any such accident.

Either way, drivers are going to remain a feature of the Underground for quite some time. The sub-surface lines of the Tube contain some of the most complex signalling arrangements of any metro railway in the world, and automating them without essentially rebuilding the entire network is not possible with today’s technology.

Tech fetishisation won’t get Boris Johnson out of his strike problem anytime soon.

19 Responses to “Throwing money at the strike problem: Can the Tube be automated?”