Think tank Reform  is claiming this morning that their new report (pdf) on Academy schools – schools which tend to act more like ‘independent schools within the state sector’ devolved from local authority responsibility – ‘explodes’ anti-academy myths. 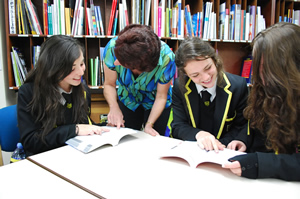 Chief among these are that academy schools, which are intended to introduce more competition into the state sector, find it hard to collaborate with other schools due to, well, competition.

Reform, according to its press release (pdf), argues:

“Critics of academies have predicted that their greater independence will lead to a break up of state education.  The new survey dispels that fear by showing academies have good links with both neighbouring schools and local authorities.”

You might not be shocked that Reform come out to such a view point.

The think tank is widely sponsored by companies that apply for public sector contracts including G4S, Capita and Sodexo, and tends to argue that public sector outsourcing is a good thing, or at least anything which leads to public services away from being delivered by the traditional public sector.

It comes as a further non-shock that this latest research that shows academies in such a positive light has been jointly produced by ‘The Schools Network’ which Reform describes (pdf) as:

“The leading membership organisation for academies.”

However, what is surely odd is that the conclusion is made by only surveying academies, who,one might suppose, like us all, may suffer from confirmation and other biases.

To decide whether academies collaborate effectively, it would seem sensible to survey non-academies, local education authorities and parents as well. However, Reform fail to do this.

• What was hiding behind the boat: Information commissioner is investigating Gove 17 Jan 2012

The report is excellent in many ways. And the question of whether greater independence from democratic structures for schools is a good or bad thing remains open – as dueling quotations from the internationally-respected PISA studies show.

But asking some academies: “Do you think academies work well?” and to record the answers as “Yes” may not be the most rigorous way to investigate the topic.