The Global Poverty Project’s Sam Bacon takes apart today’s House of Lords report which called for the scrapping of the 0.7 per cent GNI aid target.

Sam Bacon is a campaigns officer at the Global Poverty Project

There’s been much talk today about a new report from the House of Lords select committee on economic affairs calling for the UK’s target of spending 0.7% of GNI to be abandoned.

As I have blogged about previously, and as the #powerofpoint7 hashtag demonstrates, there is much public support for the UK providing lifesaving aid, clearly showing this report to be out of step with much public opinion. 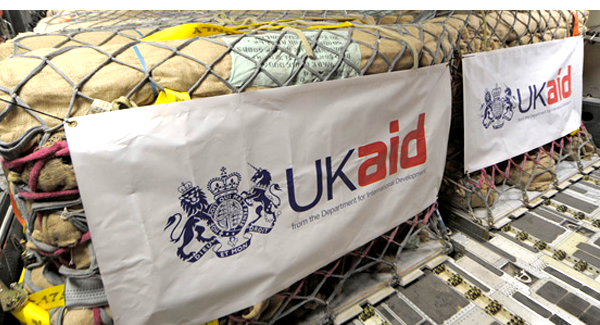 But more than that, as Bill Gates, UNICEF UK President Lord Ashdown, Oxfam, Save the Children, the ONE Campaign, WaterAid, Christian Aid, World Vision UK and the VSO have already said, the calls from this report would not only endanger the lives of millions of the world’s poorest people, but they are quite simply misleading and wrong.

Contrary to one of the report’s primary assertions, the internationally agreed 0.7% target is not an arbitrary figure; according to the United Nations it is the figure needed to ensure that globally there is enough funding to meet the UN Millennium Development Goals and provide essential support for 1.4 billion people to lift themselves out of extreme poverty.

Thanks to the One Campaign’s recent report, and a DFID statement after a recent Global Poverty Project campaign showing public support for the 0.7 target, we know that honouring our country’s promises to the world’s poor will mean:

• Over the next few years more than 60 million children will be vaccinated against preventable diseases (more than the entire UK population);

• Nearly 78 million people will be able to access the basics needed to start a business and get on the path of lifting themselves out of poverty;

• With 99% eradication, polio is now left in only three countries in the world and over the next few years our aid could help fund efforts to get it out of these countries and end polio and its debilitating effects for good.

• Campaign launched to commit UK to spending 0.7% of income on development aid 3 Feb 2010

These results are simply not achievable if as a country we follow the committee’s report and walk away from the international aid commitments we have made.

However, it is important to be clear: calling for a commitment to spend more on aid does not mean how it is spent or what it is spent on is a secondary consideration. Only when aid is spent effectively will it achieve real results and make a difference for millions of people.

The report is quite simply wrong when it misguidedly suggests the 0.7% target encourages a move away from a consideration of value for money and transparency in our aid spending; we need both quantity AND quality in our efforts.

“In Scandinavian countries, where the 0.7% threshold has been achieved, the discussion has shifted away from how much to give, to focus instead on how well it could be used.”

Anyone who is interested in supporting the 1.4 billion people in extreme poverty as they work their way out of poverty is also deeply passionate about tackling corruption and increasing transparency in the aid and money that is given.

The most effective results in ending extreme poverty and helping save lives will come if NGOs and partners in the developing world know that our commitments will not waiver and funding streams will be maintained until the end of projects. Maintaining 0.7 per cent allows this, and so helps us reach our ultimate goal of supporting people to a position out of extreme poverty and to no longer be in need of aid.

The chair of the Economic Affairs Committee has said putting the 0.7% target in law, as all three mainstream political parties support, “would deprive future governments of the flexibility to respond to changing circumstances at home and abroad” – but it is precisely for this reason all parties support it.

Putting the target in law removes the politics from the issue of helping stabilise communities and save lives, and prevents short term domestic interests stopping our long term international commitments. To see the end of extreme poverty, this type of cross-party agreement on 0.7 per cent is critical.

Today’s report was a backward step in the process of giving a hand up, not a hand out, to the world’s poorest people.

27 Responses to “The Lords anti-0.7% report is misguided, misleading and out of touch”