Left Foot Forward brings you the view from the people at the heart of the fuel strike dispute - the tanker drivers. Here is their story.

George Osborne was yesterday trying to turn the fuel strike dispute into a battle of wills between the government and trade union bosses. However, this argument is not about ministers or Labour chiefs but ordinary lorry drivers, who shepherd a potentially lethal load every day of their careers, so that our economy can keep going. They now face up to £9,000 being sliced off their salary and deteriorating safety standards that put all road users at risk.

These are the words of one, Tony, who has changed his name to avoid targetting by bosses. 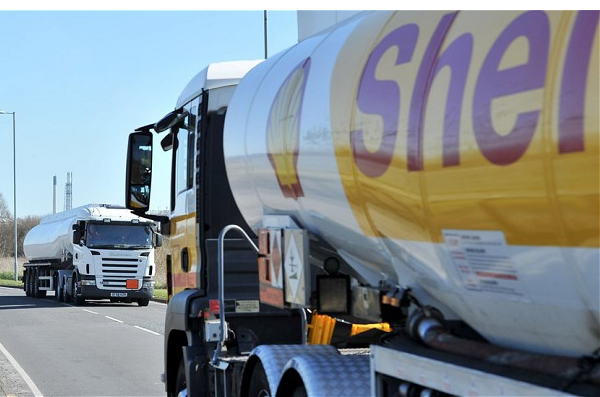 My working day starts at two in the morning. For the next 12 hours, I am in charge of 38,000 litres of fuel. It is my job to load it, drive it to its place of distribution – which could be a forecourt anywhere in the country – and unload it, safe for purchase by the public. This will the be the first of between two and four runs I’ll make in one shift.

I’ve been doing this job for 18 years, and in that time I can only say things have never been worse. It is shocking to look back on how this business was once run and compare it with what happens today. Direct employment has ended, and standards have been stretched all the way down the supply chain. They’re at breaking point now.

The costs are still fixed – tankers, equipment, hoses – it is just that there are more businesses in the chain, all looking for their slice of the profit. And they come looking for it by cutting training, always pushing us to do more for less. We’re at that point now where we have to take a stand or see this industry deteriorate beyond repair. That is why we’re on the brink of the first ever nationwide fuel strike.

The government seems clueless about what is going on. The delivery of the fuel touches every part of our lives – our cars, buses, shops, businesses, schools, street lighting… you name it, it needs fuel. But the distribution of it is left entirely to the free market. It is crazy.

They say that we’re greedy but could they cope with £9,000 being loped off their wages overnight? Could they turn a blind eye to the safety abuses we see day in, day out?

Unlike water or gas, there is no regulator in fuel. The market rules. There is nothing requiring government to ensure supply is stable and safe. There are no minimum standards governing what the industry should do. This is why the industry is in danger of descending into chaos.

It is ripe for attack by cowboy operators, the small companies who hire and fire drivers, paying them £8-£9 per hour for a job they know ought to be paid £15 per hour.

The only way these low cost operators can turn a profit is to cut back on working conditions. Take training. A good contractor will provide 10-12 days’ training each year. These may be refresher courses for experienced drivers but on top of that, there will be two tests per year for competency; written tests, a driving assessment, and manual handling will be tested too. That’s the sort of training that gives reassurance to the public there is a professional behind the wheel.

It is certainly not a job that can be learned over night. Twenty years ago three months would be set aside to fully train a driver but industry fragmentation has pushed this down and down. Now we’ve got guys loading trucks not knowing what product is what. “Which one is unleaded?” I’ve been asked by someone about to take £50,000 worth of flammable liquid onto a public highway.

One time, a low cost driver even asked me how to unload the truck. He had only just been trained the day before, only just got his HGV licence – he had been driving buses previously.

And while the major contractors do have training standards, these only apply to their core workforce. When they use agency staff, these standards go out of the window. Take a recent dispute with one company. They brought in agency staff, with only two days’ training. Not surprisingly the drivers’ inexperience told and two loads were contaminated, one on a supermarket forecourt. The retailer was not happy – and neither were customers putting the wrong fuel in their tanks.

The contract for one household name retailer requires just one day’s training before a driver can take the tanker on the road. How can it be that you can enter the market without a fully trained workforce? It is unsafe and irresponsible – but it is what happens when there is nothing to stop training being cut to the bone.

Training has to be standardised. The message has to go out: unless you provide the minimum training you cannot operate in this business.

There’s been another very worrying development in recent years, the advent of the ‘self administration’ contract. That is where the driver is solely, 100 per cent responsible for every aspect of the care for the fuel – not just getting it on the road, but delivery, paperwork and IT. This let contractors sack office staff. Their jobs didn’t go – they were just heaped onto the drivers to do.

It was another ‘innovation’ the supermarkets brought when they became major players in the sector. Drivers are being told to do more, for less, and safety is compromised further.

Drivers are also increasingly told to deliver to a forecourt where they cannot expect to see a single other living being. These are places where there are only pumps – there isn’t even a shop attached; you’re on your own.

One national retailer has no forecourt personnel – they are unstaffed seven days a week, day and night. The tanker driver is left totally responsible for the fuel delivery and told to “watch the general public”. But we’re never allowed to leave the tanker unguarded either, even though we are on our own; it is a sackable offence. Yet, we’re told to challenge people if they’re smoking, or using a mobile phone, whatever the personal risk.

Colleagues have been attacked. One driver asked a guy to stop smoking near the petrol pumps and was assaulted for his troubles – he had to have two weeks off as a result.

The vehicles themselves are also worked to the bone; as a fellow driver said to me, “our trucks are like Meccano sets” because of the poor repairs. There are trucks in operation that are five years old with 800,000 kilometres on them and tyres that are threadbare. Breakdowns are happening on a daily basis. But we are constantly chased to move faster, deliver quicker.

When it snows or there is an accident, there are no allowances made to scheduling. The pressure to keep moving is phenomenal.

If something goes wrong, the companies are quick to blame you. A driver will be disciplined – as one was for walking to a safe distance from the tanker in order to make an urgent phone call. We’re as disposable as the commodity we deliver.

The disregard for public safety is astonishing. In years gone by, there were skilled people in the chain to sample the fuel, check for quality assurance, seal the vehicle and complete the paperwork. They’ve all gone. Drivers are even being told to park their tankers – full of fuel – on the public highway to save truckstop costs.

And what about respect for national checks? To deliver onto airports, we must be compliant with anti-terror rules, have been criminal record checked and so forth. Now we have low cost operators looking to dodge these checks to win a contract, or using agency workers with little training.

It seems the industry is prepared to put the public at risk for the sake of a pound.

Contracts are up for review continually, and each time, another little bit goes. It also means workers are completely at the mercy of the contract, not knowing if they will have a job from one year to the next.

Some of our colleagues – again on a supermarket contract – are now on six-month contracts. The delivery contract itself may be for three or five years, but the drivers are only safe for six months at a time. You try getting a mortgage or a rental agreement on that? It puts terrible strain on family life – you can’t plan anything when you don’t know if you can count on a pay cheque.

Contractors are also changing our place of work, often with only days’ notice. They’ll simply close one depot and move the fuel set up to a site some miles away, cutting wages while they go, telling the drivers to move, work for less or lose their job. It is a take it or leave it culture, totally heartless.

When you think of the money in this industry, it makes me so angry to see how the workers are treated. ‘Big oil’ and the retailers pretend it is nothing to do with them but they are the ones controlling the purse strings. If they weren’t so greedy they would allow the contractors a share of the profits, and workers could earn a stable living. We’re not asking for mega-wages, just to be able to work without fear, for ourselves, our families and the public.

Things will get worse, believe me, unless there is action now to stabilise this industry. The contractors of today will have their throats cut by the cowboys. Then what? It frightens me to think what will become of training, jobs and public safety then.

That is why we are now on the verge of a strike. We care about what we do. We want to see it done properly and safely. The fuel industry in this country is now at a crossroads. It has to take the right turn, and if need be we will take action to make it do so.

101 Responses to “Fuel strike dispute: The view from the driver’s cab”