Caroline Lucas MP, leader of the Green Party, writes about the ungent need for peers and MPs, at this late stage, to vote down the health and social care bill.

Caroline Lucas MP (Green, Brighton Pavilion) is the leader of the Green Party

We are entering a critical week for the future of the National Health Service as we know it, because despite the hollow government assurances of recent weeks, and cosmetic tinkering around the edges of the health and social care bill, the reality is that the core intention – to vastly increase the commercialisation of the NHS – remains intact. 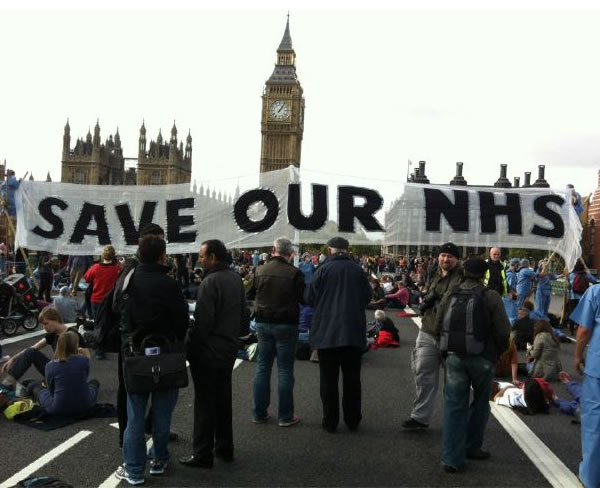 I wish this were scaremongering, but it isn’t. Under this administration, we can already see the ground opening up to more NHS hospitals being run by the private sector.

Just last week, for example, George Eliot Hospital in Warwickshire confirmed it is open to a takeover and in talks with potential private partners including Serco, Care UK and Circle. This comes after the government tried to downplay the privatisation of Hinchingbrooke Health Care Trust in Cambridgeshire as a ‘one off’.

Liberal Democrat peers may have succeeded in making the health and social care bill marginally less bad – but it is still deeply flawed and, when it comes to our health service, ‘slightly less bad’ is simply not good enough.

For a start, the bill still allows hospitals to use nearly half our public beds for private work. It introduces a dangerous element of competition between service providers, and establishes the framework to allow private companies to cherry pick the easiest cases for treatment.

As even Lord Tebbit cautioned last year, where the private sector bids for the straightforward and easy stuff, the public sector is left without the bread and butter work to subsidise the more difficult surgery and the teaching of surgeons.

The bill also proposes a far more complex NHS structure. Rather than giving power to local GPs, the proposed system of clinical commission groups (CCGs) will create confusion about individual bodies’ roles and responsibilities – inevitably leading to a crisis of accountability.

Commissioning is a full time job, and as the BMA, the Royal College of Nursing and others have warned, these changes will mean GPs will be forced to club together to bring in the private sector to do the commissioning job for them.

To make matters worse, the bill makes provision for charging for services. It removes the statutory duty to provide public health services for children, smoking cessation services, alcohol and drug services and a raft of other crucial services. As I understand it, the only services that CCGs are obligated to arrange are ambulance services and “emergency care”.

The government has no mandate for any of this, either from the voters or in the coalition agreement (pdf). The Department of Health’s arrogant refusal to release the NHS risk register despite two legal rulings by the Information Commissioner speaks volumes; they know their own assessment could be the nail in the bill’s coffin.

The bill reaches the Lords for its third reading today, with the Commons vote on Tuesday being the last chance saloon for forcing the prime minister to drop it once and for all.

When I addressed a public protest against the plans outside Hove Town Hall on Saturday, I called on peers, particularly those in the Liberal Democrat camp, to exercise their power and reject it outright.

As well as ridding ourselves of this bill, we must also now have a wider debate about the creeping commercialisation of the NHS that has taken hold over the last 20 years – helped along in no small part by the previous Labour government.

The underlying conviction, that competition in healthcare markets automatically leads to cost efficiency, improved quality, and greater equity flow, is just ideology – not evidence-based policy. Even the Office of Fair Trading has conceded there is as yet no “clear evidence on the role of competition in driving performance in health care”.

The only way to safeguard the founding principles of our health service is to dismantle this reckless ideology – before it can cause irreparable harm.

27 Responses to “Lucas: “Dismantle this reckless ideology – before it can cause irreparable harm””