Alex Hern repeats what needs repeating: Workfare is not voluntary. 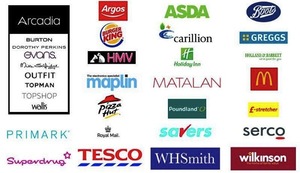 In Prime Minister’s Questions today, right-wing-even-for-the-Conservatives MP Priti Patel used her space on the ballot to launch a defence of workfare, attacking “the militant hard left” who oppose it.

She was supported by the prime minister, who defended the schemes by saying they were voluntary.

It was buried slightly at the bottom of our last post on the topic, so this bears repeating:

Workfare is not voluntary.

There are five government programmes which can be described as workfare, and all have a compulsory element to them:

If you are claiming Jobseeker’s Allowance, you must take part … if you are advised to do so by a personal adviser. Your benefit may be affected if you refuse to do so or leave a scheme before completing it.

• You are aged 18-24 and have claimed jobseeker’s allowance for nine months;

• You are aged 25 or over and have claimed jobseeker’s allowance for 12 months;

• You are seriously disadvantaged in the labour market, for example because a disability has made it hard to find work. When you qualify and whether you can choose to take part will depend on which area you live in and what your circumstances are;

• You have recently claimed incapacity benefit, after claiming jobseeker’s allowance for three months;

• You are claiming income-related employment and support allowance, are in the work-related activity group, and are expected to be fit for work within three months.

31 Responses to “Workfare is not voluntary”