In just one day, there have been two cases of better treatment for those at the top than at the bottom. Are we really all in this together, asks Alex Hern. 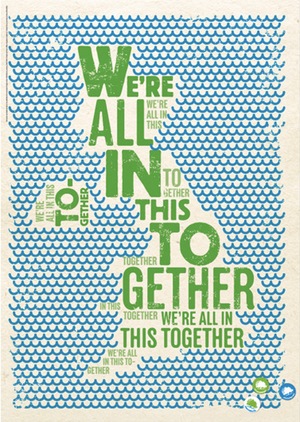 Today brings two fresh examples of why the line “We’re all in this together” isn’t worth the £10 Conservative party poster it is repeatedly printed on.

BBC Newsnight has revealed that the head of the Student Loans Company is being paid his £182,000 salary without any tax or national insurance being deducted.

The arrangement was agreed by the tax authorities and potentially saved Ed Lester tens of thousands of pounds.

The SLC said it had “followed all government guidelines” on remuneration.

Richard Bacon MP, who sits on the House of Commons Public Accounts Committee, described the figures that Newsnight had uncovered as “outrageous”.

“I’ve only come across this kind of thing twice before and on those occasions we forced the consultant CEO to go on the books. We can’t have one rule for those with tax advice and another for everyone else.“

The tax savings should be huge – tens of thousands of pounds a year, though we can’t be sure of the precise figures because Mr Lester declined to answer our detailed questions.

There is real political intrigue to this story too. His deal was signed off by Universities Minister David Willetts and it was passed to the Chief Secretary to the Treasury Danny Alexander for approval because his salary was above the prime minister’s pay.

Alexander must move quickly, because right now, this story looks remarkably like government sanctioned tax avoidance. But it’s not just Alexander and Willetts who have one rule for those at the bottom and another for those at the top.

The Daily Mirror reports on the case of a banker who wasn’t even prosecuted for committing £1.4 million of fraud:

Ravi Sinha, 47, was fined nearly £3million by the City watchdog for fraud but escaped criminal prosecution after his company JC Flowers allegedly refused to help police nail him.

In a shocking contrast exposing the double standards protecting the rich, a shop worker who allowed friends to steal £10,000 worth of goods – a fraction of what the banker took – was last year jailed for nine months.

City of London Police and JC Flowers yesterday blamed each other for the scandal – both accusing the other of having no appetite for prosecution.

“We spoke to JC Flowers and there was no appetite from them to support an investigation.

“In a case of this nature without the full support of the victim company a successful conviction is highly unlikely.

“So with that in mind, to put a lot of resources into it and spend a lot of taxpayers’ money on a case where we had little chance of a result, we decided not to take it further.

“Without their support it would be very difficult in court.”

However, a source close to JC Flowers dismissed the police claims and said the firm would co-operate if a prosecution is launched.

“If the police prosecute the company would happily assist, that’s always been the case.”

Reading between the lines, it seems like JC Flowers want a prosecution before they will assist, but the police need assistance with an investigation before they can prosecute.

Either way, the end result is yet another case of someone at the top getting treated differently. We’re all in this together – but they aren’t.

• The principles of British fairness, the rule of law and Magna Carta are at stake – Jonny Mulligan, January 16th 2012