International development secretary Andrew Mitchell has once again delayed enshrining the 0.7 per cent target in law. 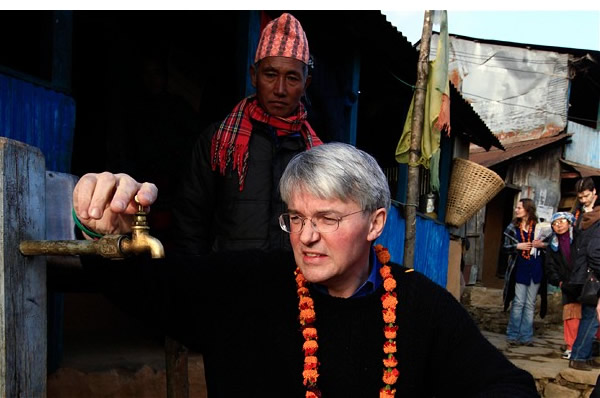 In opposition, David Cameron made much of his commitment to ringfence aid spending, as part of his detoxification strategy, pledging not to balance the books on the backs of the world’s poorest. All well and good. Yet the government has delayed enshrining the 0.7 per cent target in law. Again. And again. And again.

As Left Foot Forward reported on June 4th 2010, just weeks after the election, it’s a promise the Tories failed to immediately deliver once they’d made it to power, omitting it from their first Queen’s Speech. Back then, there was criticism the legislation wouldn’t make the statute book by the September 2010 New York Millennium Development Goals summit; it now looks like it won’t even be law by the May 2012 Cape Town MDG summit.

“I don’t think it physically can now because there is not enough time left. We have signed off on the Bill and it’s now with the business managers. They will proceed with it when there is parliamentary time. The most important point, though, is that we are actually doing it – and we have set that out in the figures”

“A new Conservative government will be fully committed to achieving, by 2013, the UN target of spending 0.7% of national income as aid. We will stick to the rules laid down by the OECD about what spending counts as aid. We will legislate in the first session of a new Parliament to lock in this level of spending for every year from 2013.”

And the coalition agreement pledge (page 22, pdf) that:

“We will honour our commitment to spend 0.7% of GNI on overseas aid from 2013, and to enshrine this commitment in law.”

This has been one of the longest ever Parliamentary sessions in history, running from May 2010 to May 2012. So what’s gone wrong?

There are still ten weeks left in this Parliamentary session and another three when MPs will be on holiday. DFID’s Bill is short with just a handful of clauses. It has already had pre-legislative scrutiny from the International Development Select Committee and there is cross-party consensus. There is no prospect of it being overturned in the Lords. It could probably be passed on a one line whip on a Thursday afternoon or Friday morning.

The last time they were in office, the Conservatives halved the aid budget. Labour trebled it. [See Figure 7.1]. The reason the Conservatives made the promise was to achieve all-party consensus and put the issue beyond doubt.

Desmond Tutu said that “a promise made to the poor is a sacred thing”. Politicians should keep their promises, or risk proving cynical voters right when they say that politicians never keep their word.

This is one Tory promise, more than any other, that David Cameron knows he cannot break; the futures of literally millions of the world’s poorest depend upon it.

• Tories are balancing the books on the backs of the world’s poorest – David Taylor, December 2nd 2011

22 Responses to “Tories delay enshrining 0.7% target in law. Again. When will they legislate?”