Ed Jacobs reports on the results of the first referendum about Scottish independence using the same question as Salmond; he suggests the results aren't as positive as they seem. 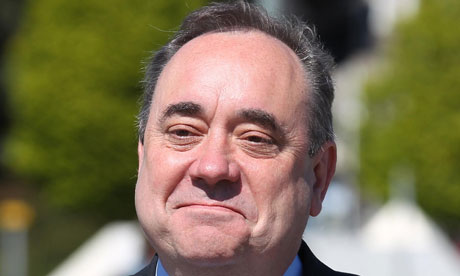 Scotland is speaking on the issue of independence. What they are saying however remains far from clear.

Sunday saw polling by Panelbase for The Sunday Times and Real Radio Scotland asking the same question as that being proposed by Alex Salmond, namely:

Do you agree that Scotland should become an independent country?

Based on this, 37 per cent of those questioned agreed with the statement, while 42 per cent disagree, with 21 per cent declaring themselves undecided. However, of those who argued that they were certain to vote, 47 per cent said they supported independence whilst 53 per cent were opposed.

In declaring her pleasure at the results, deputy first minister, Nicola Sturgeon declared:

After just the first few weeks of the referendum debate, it is abundantly clear that the positive approach towards Scotland’s future is winning over the negative approach from the anti-independence parties – with support for independence now neck-and-neck with opposition.

The poll shows that the people of Scotland are extremely positive about our future as an independent nation – if there was never any doubt that the anti-independence parties are out of touch with the mood of Scotland, this poll proves it.

Dig a bit deeper however and despite the rhetoric from the SNP, the numbers aren’t quite as rosy for them as Ms Sturgeon would suggest.

Polling since the new year, whilst showing significant support for independence, doesn’t yet seem to have achieved the break through the SNP would need if they were to succeed in their ambitions for Scotland.  The Herald meanwhile today carries details of a TNS-BMRB survey suggesting that any hint of a tide in favour of independence might, if it ever existed, have been fairly short lived.

TNS-BMRB had just started sampling on January 25 based on the wording it has used since the first SNP administration announced its referendum proposals in 2007. It offers two options: To agree that the Scottish government should negotiate with the UK so that Scotland becomes an independent state, or to disagree with that proposal.

Chris Eynon, head of TNS-BMRB Scotland goes on to conclude:

“From the initial skirmishes, it would appear that the independence bandwagon has currently lost its momentum, in spite of the poll timing coinciding with the high-profile launch of the consultation in Edinburgh Castle on Burns Day.”

For those, including myself, who have long argued that Alex Salmond cannot be underestimated in what he is capable of achieving, today’s findings provide a crumb of comfort. It is beholden on those supporting the union now to provide a positive alternative, vision for the future of Scotland that does not rely solely on a negative critique of independence.

14 Responses to “Polls apart? The news for the SNP might not be as good as it looks”