There is a real possibility that in this year’s French presidential elections the far right Front National could increase their support, writes Sanchia Alasia. 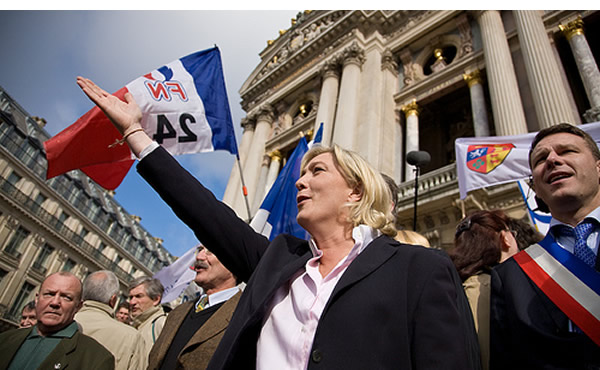 There is a real possibility that in this year’s French presidential elections the far right Front National could increase their support. Marine Le Pen, daughter of 2002 runner-up Jean-Marie Le Pen, is currently set to come in third out of the potential 15 candidates.

Le Pen Snr. was last night convicted of contesting crimes against humanity by a Paris court, having described the Nazi occupation as “not particularly inhumane”.

Having campaigned against the London regional organiser of the BNP, Robert William Bailey – a sitting councillor at the time in the May 2010 local council elections – and taking back his council seat for Labour, I know only too well the dangers of the far right gaining political ground and the nasty vicious campaigns they run.

Nick Griffin was a real threat to Margaret Hodge MP and campaigning against the BNP and speaking to some of their supporters on the door step was not always a pleasant experience.

Although the BNP have lost political power in Barking and Dagenham, they still have a lot of support from residents there. An increase in the share of the vote for Marine Le Pen may serve to strengthen their political position, giving them credence to maintain their seat in the upcoming London Assembly elections.

Le Pen has so far not made race and ethnicity an overt part of her campaign although the anti-European stance is clearer. This clever tactic demonstrates the sophistication with which this far right party is operating, seeking to appeal to the ordinary working class citizen, who may be discontent with the status quo, where most of her ground is currently being gained.

Anti-fascists in Britain ought to keep a close eye on the share of the vote Marine Le Pen gets and hope it goes down.

• Is François Hollande the next president of France? – Jack Storry, February 9th 2012

• Getting to the roots of far right xenophobia – Dr Matthew Goodwin, April 9th 2011