Alan Johnson shows the advantage of the Histadrut's approach to organisation: A four-day general strike can get incredible results, and here, it was used for non-unionised workers 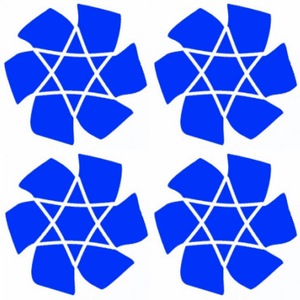 The Israeli TUC, the Histadrut, made a bold move this week. Bold not just for the fact that they organised a four day general strike that included all government ministries, local authorities, train, banks, stock exchange, airport, seaports and other public services.

Bold too for who they struck for.

Israel’s organized workers fought for the benefit of Israel’s unorganized, deprived contract workers, who earn less and receive fewer benefits than their directly employed colleagues. And on February 12, they won, mostly.

The global trade unions have heaped praise on the Histadrut. The International Metalworkers Federation (IMF) hailed the strike:

“Thousands of temporary workers will be directly employed and will get better wages. The victory will improve the situation of thousands of public sector workers across the country. The total number of agency workers amount to 300 to 400 thousand people.”

Because of the Histadrut’s militancy, thousands of insecure contract workers – tellers at banks, thousands of workers in production lines in industrial plants, thousands of chambermaids at hotels, couriers, warehouse workers and more – will now be absorbed into direct employment.

The deal struck with the Finance Ministry raised the subcontracted workers minimum monthly wage to NIS 4,500 and improved their working conditions.

In organized workplaces there will be an ‘equalization of conditions’ so that all contract workers will receive a huge improvement in their employment conditions, according to collective bargaining agreements.

For example, a cleaner in the supermarket chain Shufersal, employed by a contractor will receive all the conditions in the collective agreement of their contracted workers. It includes many rights, like an additional “month thirteen” salary; and now, if a contract worker is employed at the core of the workplace then after nine months the worker will be moved to direct employment.

The Histadrut has also abolished the “shoulder to shoulder” phenomenon in the public sector.

When contract workers are employed shoulder to shoulder, next to their directly employed friends in the same workplace in the same job, then after nine months of work a parity committee (including representatives of the Histadrut) will decide whether the employee should be absorbed.

If the worker is not absorbed, it is not allowed to bring a different contract worker in his/her place. In effect, this will end “shoulder to shoulder.”.

Social benefits will be equalized, the numbers of workplace inspectors increased, and the linkage to public sector wage agreements will mean significant wage improvement of cleaners and security workers in the public sector.

The deal has its critics. Stav Shapir, a social protest leader argued that:

‘The only way for a truly significant achievement is through direct employment of contract workers. As long as the employment system does not change, the situation will not change essentially.’

And Haaretz noted that:

‘only a relatively small number of these workers in the public sector will be hired directly.’

It is true that the Histadrut wanted 80,000 security guards and 60,000 cleaners transferred directly onto the payrolls of the government, local authorities, universities, hospitals and the rest of the public sector, and that will not happen.

However, the agreement secured for those workers an increased minimum wage of no less than NIS 4,500 a month and they will be included in any pay hikes given in the public sector.

Nonetheless, the big picture is that Histadrut has done what UK unions have struggled to do. It has put the issue of precarious workers right at the top of the public agenda, shutting down the country for four days in solidarity with the most vulnerable group in the Israeli labour market. From that we can learn.

First, social movements and trade unions can draw strength from each other.

It was the summer social protests, the largest (per capita) in the world, which transformed Israeli public opinion and put social and economic justice at the top of the national agenda. That new mood was the real driver behind the general strike.

‘Anyone who still claims that the summer protests didn’t achieve anything is wrong, big-time.’

A fight for equality and a levelling up, can be a powerful agenda for any working class movement seeking to sow back together the divisions that thirty years of neo-liberalism has created.

Second, there are powerful progressive forces within Israeli society standing for social democratic values. And they will be more than a match for those who threaten Israel’s democracy, especially if we support them rather than shun them.

Third, therefore, UK unions should be building links not breaking links with one of the most important sources of democratic renewal, the Histadrut.

As Eric Lee of LabourStart wrote puts it:

Unions outside of Israel who sometimes think about boycotting the Histadrut should instead be working closely with it, not only to promote Israeli-Palestinian peace, but also to share experiences of struggles that are relevant to trade unionists everywhere – such as the fight against precarious labour.

• Look Left – Tories past and present battle to out-nasty each other – Shamik Das, November 20th 2011