According to the latest EU statistics, the UK ranks a lowly 18th place when it comes to people with at least an upper secondary education (equivalent to A-levels) The UK should be at the top of the table when it comes to education. 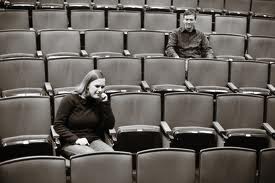 According to the latest EU statistics, the UK ranks a lowly 18th place when it comes to people with at least an upper secondary education (equivalent to A-levels) The UK should be at the top of the table when it comes to education. We pride ourselves on being world leaders in many areas and must not settle for mid-table obscurity.

Fewer people in Britain are well-educated than in countries such as Lithuania, the Czech Republic, Slovakia, Estonia, Latvia and Poland. Germany, Sweden, Denmark, Hungary and Bulgaria are also among the 18 countries who boast a better-qualified populace than the UK.

Even more worrying is the very real possibility that we will slide further down the table as people find it harder to access education following price hikes and restrictions on places.

In his recent State of the Union address, President Obama made the case for greater investment in education and warned that higher education must not become a luxury. He warned that if the US did not sustain investment then other countries would ‘win the race for the future.’

Worryingly, the things President Obama warned against – higher fees, loan repayments going up and cuts to research funding – have formed the plank of this government’s education policy.

If we want to enter, let alone win, any race for the future we need to urgently rethink our approach to further and higher education.

The government unveiled plans last month to axe the number of university places by 15,000 and has increased the cost of studying a degree to as much as £9,000 a year. Worryingly, it was revealed last week that 43,881 fewer people in the UK applied for a place at university than last year.

In further education the news is similarly bleak. People over the age of 24 wishing to study a level 3 qualification and above will now have to pay fees of up to £4,000 a year.

However, these charges come against a backdrop of decreasing numbers of people studying. The total number of learners participating in government-funded further education fell by 8.0 per cent to 4,264,900 in 2010/11.

We are already starting from mid-table and we cannot afford the government to push ahead with reforms to both further and higher education that risk us sliding further down the table.

• A small mercy for the marching students of tomorrow – Laura McInerney, November 9th 2011