According to Andrew Lilico at ConservativeHome, you don't need to bother about the evidence when it comes to smacking. We beg to differ. 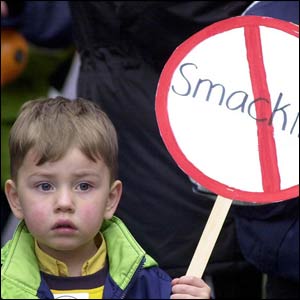 In a bizarre column on ConservativeHome this morning, Andrew Lilico, better known as a professional economist, comes out in a rousing defence of parents’ right to smack children.

His argument basically runs as follows:

1) Whether the evidence suggests smacking is good or bad for a child is irrelevant, as there’s no such thing as a perfect parent anyway, and evidence-based policy-making when it comes to smacking leads to a totalitarian state.

2) There may be no disciplinary alternative to smacking, so the choice for many is smacking or no discipline whatsoever

3) “Instinct, in all human societies, tells us that smacking delivers something.” [direct quotation]

4) “I smack my children as an expression of my special parent-child relationship of touch…Smacking, done properly, is an authentic expression of love in touch.” [direct quotation]

The logical structure is fairly straightforward. By saying in 1) that the evidence doesn’t matter, it allows Lilico to indulge in the cod psychology of 2,3, and 4. It is fairly reminiscent of the Stephen Colbert line:

“That’s where the truth lies, right down here in the gut. Do you know you have more nerve endings in your gut than you have in your head? You can look it up. Now, I know some of you are going to say, “I did look it up, and that’s not true.” That’s ’cause you looked it up in a book. Next time, look it up in your gut. I did.”

However, there is something bizarre about a free market economist, who presumably signs up to the rational choice model of economics where we trust humans to act rationally, to expect them not to do so with the most important task of thier lives.

For those readers interested in knowing whether physical punishment for your children can harm them beyond the initial physical damage, here is a round up of some of the evidence:

• Evidence that corporal punishment is “positively correlated with youths’ intentions to fight and fighting, bullying, and violence victimization” from the University of Minnesota and John Hopkins University

• Barnardo’s: The age of criminal responsibility should be raised – Puja Darbari, November 21st 2010

• No escape for Cameron on importance of poverty – Will Straw, January 12th 2010