Jenny Jones AM looks at why so many civilian jobs in the Met have been replaced by trained police officers working at desks. 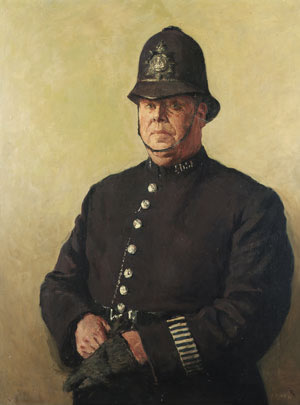 I was surprised to see the Met Police forecast last year to spend around £50 million to make around 900 civilian staff redundant.

I was particularly surprised because the newly formed Mayor’s Office for Policing and Crime has a forecast number for March 2012 for civilian staff which they are currently over 1,500 behind.

That’s 1,500 jobs vacant that need to be filled as we head towards the Olympics.

The issue of civilian staff may not be as sexy as total police numbers but when budgets are being cut it is vital resources are being used efficiently.

It makes no financial sense to spend £50 million making hundreds of staff redundant and then start recruiting over a thousand more. This whole expensive mess is down to the Mayor, who decided the only way he can make the government cuts and keep police numbers high is by sacking civilian staff.

The result is that we have more police sitting behind desks rather than out on patrols.

We know that part of the money, around £9 million, went towards the cost of replacing traffic wardens with PCSO and police sergeants, a bad financial change as police officers cost more than civilian staff.

The Met already has one of the lowest proportions of civilian staff in its workforce compared to other police services and generally the use of a member of civilian staff is cheaper than a police officer by around £20k a year. This move allows officer numbers to stay high, but is not providing Londoners with good value for money.

I am worried that the mayor’s fixation with keeping up officer numbers means the Met will employ police officers behind desks in roles that can be done more cheaply and more effectively by police staff.

I have been given examples of backfilling already taking place:

• I’m told that in Stoke Newington the property manager vacancy was filled by a police sergeant;

• That at the criminal justice units arrest warrants and other admin work is being undertaken by police officers;

• And that inspectors and sergeants are supervising case clerks and typists.

This is hardly the frontline policing we have been promised.

One explanation for this could be that some of the officers are on restricted duties and that is why they are doing these civilian roles.

However, if they are on restricted duties then it means they are unable to respond to public order events like the summer disturbances – the exact reason we are given for why officer numbers must remain so high even when the Met is faced with huge budget cuts. I wouldn’t want officers on restricted duties doing nothing, but it should be short term and part of the natural turnover of staff.

There is no point in having over 32,000 police officers if they are sat behind desks covering vital back office jobs. I think the mayor should move past his obsession with police numbers and instead look at how best to use the resources available with the money at hand.

• The map that shows the frontline of the police cuts – Dominic Browne, April 11th 2011

17 Responses to “Boris is putting the police back behind desks”