As the UN dithers over whether to take action against the brutal repression of Bashar al-Assad, the mass killing at the hands of the Syrian regime goes on. 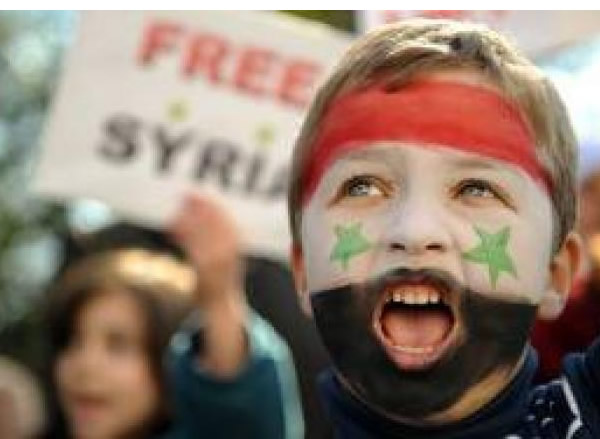 As the UN dithers over whether to take action against the brutal repression of Bashar al-Assad, with Russia set to veto any resolution, the mass killing at the hands of the Syrian regime goes on. And on. And on.

Emad Mahou, an activist with the Syrian Revolution Co-ordinators Union, today revealed 18 more people were killed by the security forces in Zabadani, close to Wadi Barada, following heavy bombing in the Barada Valley. Among the victims is a 12-year-old girl. He said the assault was carried out by the Republican Guard, commanded by Bashar al-Assad’s feared brother Maher.

This afternoon, Emad called for the West to step up the pressure on Assad, saying the people of Zabadani are “waiting for them to help us”, and that, though the town was under the control of the Free Syria army, without Western intervention “as soon as possible”:

“We are waiting for them to help us, to put some more pressure on the system. We need help to get free from this regime. They are killing us very day, they are bombing us. A few months ago they were shooting us, now they are bombing us with tanks. Maybe tomorrow they will bomb us with aeroplanes…

“We need help from Europe from the the US. We need a no-fly zone, we need them to help us as soon as possible, we can’t stand alone.”

“A huge, huge number [of troops] belonging to the Republican Guard were invading the valley of Barada, Wadi Barada, with tanks and they were bombing two cities, Basemah, and the second is Deir Qanoun…

“There are around 11 houses [which] fell down to the ground on the heads of their residents. After five or six hours there were negotiations between the army and the civilians there. They [the army] said get out and take your martyrs and wanted men from the ground. When they got out to take them they [the army] started to shoot them.

“We don’t know why they [the Republican Guard] are in the area right now but you can say all the people here are against the system. People go out to protest, to topple the regime, to say we want the regime to leave.”

Listen to Emad’s plea for help:

As Left Foot Forward has long reported, the heinousness of Assad’s regime knows no bounds; as Hamza Fakher, a pro-democracy activist, recently revealed:

People buried alive in shipping containers, tortured on hot metal plates, protesters murdered in hospitals, protesters gunned down and bombed… Something needs to be done. And soon.

20 Responses to “Anti-Assad activist: “We need help… We need a no-fly zone… ASAP””