Vincenzo Rampulla asks what the real Beveridge heritage is, and whether shadow work and pensions secretary Liam Byrne is going the right way to achieving it. 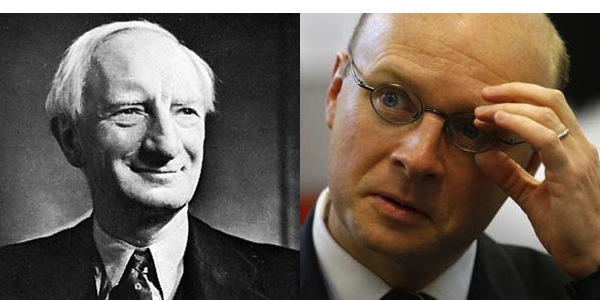 Today Liam Byrne will deliver a speech to the LSE entitled: “How Labour’s traditions can renew Beveridge for the 21st century”. Byrne has to do more than setting an intellectual skeleton on which to hang Labour’s eventual policies on welfare.

The arguments around the welfare cap, reform of disability benefits and housing benefit expenditure are already reframing the terms of the public debate. Enormous changes are occurring, lives are being impacted and Labour has spent more time on propping up the welfare cap as a political totem pole rather than redefining Beveridge’s legacy.

There are three markers that Labour, and specifically Liam’s speech on Monday, needs to address:

1. Too many working people now need welfare support – specifically there is something fundamentally wrong with the way work is paying in the UK which means that welfare is ultimately left bridging that gap;

2. The welfare system is left trying to do too many things – a lack of effective government action in a number of areas has meant that the ‘welfare net’ is left with the responsibility of picking up the pieces; and

3. People are buying into political rhetoric and rhetoric is fuelling public policy – welfare will always be a problem until this relationship is swapped round.

Explaining how the government manages to spend the £188 billion-odd, around 28.1 per cent of total public expenditure, on welfare is difficult. The Institute for Fiscal Studies’s survey of the UK’s benefit system provides an excellent guide for this.

Moreover, both metaphorically and statistically, this £188 billion splits the country in two. Around 30 million people in the UK receive some sort of welfare benefit. The other half doesn’t.

So as well as laying down new markers, today’s policy-focused speech needs to reconcile these two groups by showing that Beveridge’s legacy can: a) deliver value for money, e.g. that we all benefit from our generosity; b) deliver fairness, e.g. that those receiving are genuinely in need.

Grouping the different welfare benefits together leaves a stark picture of welfare in the UK:

Welfare becomes less to do with unemployment and immigration; it is immediately obvious that it is all about pensions. Almost half our welfare expenditure, all £78.4 billion of it, is spent on our ageing population. And the number of people drawing a state pension is ever-growing:

Recognising the challenge our ageing population presents should be at the heart of welfare debates. Any change in other welfare benefits dwarfs the scale of cost of state pensions.

So Labour needs a credible, sustainable and equitable solution to pensions and the needs of a growing older population. It needs politicians to make a persuasive case on social care, private (as well as public) pensions and personal savings.

Next on Liam’s list should be the 22.08 per cent of welfare expenditure that goes to people already in work, the UK’s low-income workforce.

A breakdown of that expenditure shows an enormous focus on housing, which explains the increased attention on housing benefit:

But that misses the point. Beveridge would be aghast at the idea that the state would need to spend £41.55 billion a year supporting people already in work.

Housing and wages should be the Labour’s mantra. The number of people in receipt of housing benefit since 1997 points to failure in housing policy which has resulted in pre-Labour levels of need:

Without changing the underlying reality of housing policy, welfare reform is left pushing against the tide, a mistake perpetuated by successive governments.

Whilst there are a whole series of arguments to make about housing benefit, it is crucial that politicians start realising that they cannot be removed from a proper argument about housing.

On wages too, the symptom is still being mistaken for the illness. Liam’s overall argument seems to be:

“something for something” means reward for those who are desperately trying to do the right thing, saving for the future and trying to build a stable, secure home.

But by that standard ‘doing the right thing’ doesn’t pay like it used to. Not according to the Resolution Foundation’s commission on living standards, who point to the deteriorating incomes of the UK’s 11 million low-to-middle income earners.

With the state now taking more of the strain, with more modest income families reliant on government spending to realise a decent living standard, Liam should worry more about the long-term implications of benefits like the working tax credit.

A long-term ‘pay freeze’ affecting millions will result in higher public expenditure not because of the generosity of our welfare system, but because more people are falling through the cracks.

That is why low wages matter – they are increasing public spending. It is a crucial missing step in the government’s argument about welfare and employment. If you remove state support, do jobs alone bridge the gap? And if not, why not?

So of course Labour should focus on work. But that should mean ensuring work pays.

Labour should question why Liam it is not looking more closely to Iain Duncan Smith’s universal credit proposals (well, at least the more realistic version developed by the Centre for Social Justice) which focuses on rewarding ‘those who are desperately trying to do the right thing’ and less towards the government’s welfare cap (a George Osborne creation rather than fundamental to IDS’s welfare vision).

£500 per week, no matter the family’s needs or their situation. It is hard to see how this is a paragon of fairness. No wonder people are willing to believe anything when it comes to welfare debates.

And that is the challenge facing Liam Byrne’s speech. Does he dare challenge the status quo? The headaches in welfare expenditure point to policy failures elsewhere. If Labour are simply looking to out-do the government on welfare conservatism, a quintessential approach of some in Labour, then the answer is no. Why not go straight to the government?

Instead Labour should re-trace Beveridge’s intellectual steps. Labour should reimagine what that productive life in the 21st century looks like. It should argue that the role of government is to secure that opportunity for people, through tax, through housing policy, through wage policy, etc.

Finally, it needs to re-imagine the role of the social security next for generation with more fluid needs and faster lives.

• Why child benefit must be removed from the benefit cap – Dr Sam Royston, January 23rd 2012

52 Responses to “Where is Labour on welfare?”