Gareth Thomas MP argues that we need to start working towards a replacement for the millennium development goals now. 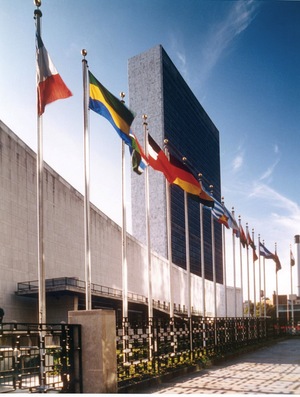 Gareth Thomas MP (Labour, Harrow West) is the shadow universities minister and was the minister for international development until 2010

The millennium development goals have been remarkably successful in galvanising political leaders, civil society organisations, parts of the private sector, trade unions, and donors in the pursuit of tackling global poverty. Britain has undoubtedly played a vital role in the progress being made towards achieving the MDGs.

However, as we approach the 2015 deadline for the MDGs to be achieved, there has been remarkably little sign from the government that they are working towards an agreement on a new post-2015 development framework.

To date, a number of suggestions have been made about what a post-2015 development framework should look like.

In the UK, with CAFOD, the Overseas Development Institute, the Institute for Development Studies, Christian Aid, and the Beyond 2015 coalition of NGO’s, there has been real interest amongst civil society organisations in a new global development framework.

Furthermore, many have noted that the ‘how’, in reaching an agreement, will be as significant as the ‘what’, such an agreement should contain.

Civil society interest is key in framing the debate, in involving those in developing countries and developed countries alike, but ultimately, it is governments that have to reach an agreement.

In a Westminster Hall debate yesterday, I asked ministers to set out the government’s thinking on a post-2015 agenda, and to ask what action is being taken to drive forward the debate. The response was tellingly short on detail.

Active dialogue within governments, between governments and their civil society groups, and at intergovernmental level is crucial. This is where the British government could do more.

While the G20 has become more prominent in recent years, G8 leaders’ discussions still matter hugely. Britain chairs the G8 in 2013 in the run up to the UN MDG Review Summit in September 2013, so could put a post-MDG agreement at the centre of the debate amongst the richest nations in the world.

International negotiations take considerable time and effort to make progress, and do so only when leaders and national politicians are engaged and driving progress.

But it would be a mistake to think agreement will be reached without the richest nations on board. Britain is uniquely placed among the G8 because of its record and its coming role to support the UN more visibly in working towards a post-MDG accord.

Under Labour, Britain took a leading role in driving forward action to agree and then achieve the MDGs. However, there have already been several worrying signs that Britain is less willing to show leadership on international development under the current Tory-led government.

The clock is ticking. A new post-MDG agreement would be a huge prize in the effort to tackle global poverty and improve sustainability. Britain is once again about to occupy a pivotal place in these debates, and the government urgently needs to step up engagement on this issue.

• Meeting the Millennium Development Goals – can we do it? – Jim Dobbin MP, September 23rd 2010

14 Responses to “Where do we go after the millennium development goals?”