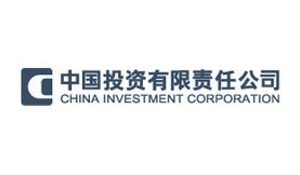 In a statement on Friday the China Investment Corporation, the country’s $410bn sovereign wealth fund, confirmed it had taken an 8.68 per cent stake in the holding company that owns Thames Water.

CIC said the deal had been done through a wholly-owned subsidiary but gave no further details on how much it had paid for the stake.

In December Abu Dhabi Investment Authority, one of the world’s largest sovereign wealth funds, acquired about 9.9 per cent of Thames Water from a consortium of investors led by Australian investment bank Macquarie.

This investment following a visit to China by George Osborne aimed at promoting more investment into British infrastructure.

With Thames Water now almost a fifth owned by foreign governments, and vast amounts of foreign state ownership in other public infrastructure companies from trains (Arriva) to postal services (DHL) and energy (EDF), the government will have an increasingly hard line justifying its long-held belief that private companies are inherently more efficient than state-owned ones.

Indeed, with the opening of the London-Frankfurt line in 2015, Deutsche Bahn will be operating on British soil under its own name for the first time.

There is a certain element of reciprocity, however. British state-owned corporations operating overseas include the BBC, through its BBC worldwide branch, and RBS, which is 84 per cent owned by the Treasury, although the latter is expected to be sold off shortly.

Even if it weren’t, it is clear that those nations we most wish to emulate are also the ones with a public sector so robust that it spreads into other countries.

If a state is going to own British utilities, oughtn’t it be Britain?

15 Responses to “Thames Water gets nationalised (by the Chinese)”