Ed Jacobs writes about the new commission which aims to re-examine the West Lothian question, and asks whether it can work. 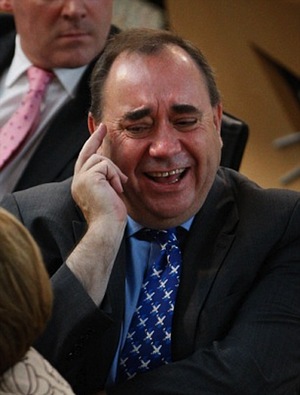 Labour’s shadow justice secretary Sadiq Khan has accused the government of “partisan tinkering” with the constitution following the announcement of a commission to look at the consequences of devolution on Westminster.

Launching the commission, constitutional reform minister Mark Harper announced a six strong panel which will, at its very heart, consider the “West Lothian question”, the conundrum established by former Labour MP Tam Dayell about the appropriateness (or otherwise) of enabling Scottish, Welsh and Northern Irish MPs to vote on matters of a purely English nature, such as education and health.

Despite it being a continued point of contention however, it remains questionable at the very least how wise it was to establish the commission in the midst of the ongoing spat between London and Edinburgh over an independence referendum.

It is a point alluded to by Khan who, outlining Labour’s concerns about the spectre of a hierarchy of MPs in Westminster, argues:

“Given the debate on an independence referendum in Scotland, a commission on the West Lothian question comes at a very challenging time and will require sensible handling. This is not a time for partisan tinkering with our constitutional fabric.

“However, it is worrying that on a matter of significant constitutional importance, the Tory-led government has not sought any input from other political parties on the membership, terms of reference nor timetable of the commission.

“We are also further concerned that on an issue of major political significance, no currently serving or former members of Parliament are involved in the commission.”

The announcement comes at a sensitive time, and is likely to reignite a wider debate about the “dominance” of England and its MP’s within the union, a fear raised recently by Welsh first minister Carwyn Jones, and amidst signs of increasing fragmentation across the union.

Recent figures produced by the Institute for Public Policy Research have shown that of 1,500 voters surveyed in England, 53 per cent strongly agreed and 26 per cent agreed that:

“Now that Scotland has its own parliament, Scottish MPs should not be allowed to vote in the House of Commons on laws that affect only England.”

Polling for the Sunday Telegraph has also suggested that England seems far more enthusiastic about independence for Scotland than Scots themselves, whilst the Herald has today reported that 58 per cent of Scots favour the option known as “devo-max”, providing Scotland with powers over almost everything other than foreign and defence policy.

In such a situation, the West Lothian question would be compounded still further.

Whilst it is clear that English grievances towards Scotland especially need to be healed, for those parties committed to the union, the announcement now of a commission which could recommended the establishment of two tiers of MPs is likely to serve only to provide greater ammunition to the SNP.

Already the nationalists have used it as an opportunity to once again advance their case for independence. The question might be right, but the timing is both dubious and dangerous.

Furthermore, as Guy Lodge of the IPPR has concluded:

“A commission of experts looking at a very narrow issue simply isn’t sufficient to address the much broader debate which is needed about England’s place in the union, and about the way England is governed.”

7 Responses to “Khan attacks “partisan tinkering” of the constitution”