The Coalition wanted to end the Big State, and bring in the Big Society. We are ending up with neither, as charities shed more jobs than the public sector. 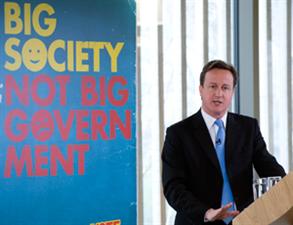 David Cameron’s big idea was to roll back the state and let society fill in the vacuum in a flourishing of charities, voluntary organisations and community groups.

In reality, the government’s economic policy is hammering the public sector – but it’s hitting the voluntary sector harder. The National Council of Voluntary Organisations has revealed:

“The number of people employed in the voluntary sector fell by almost 9 per cent from the third quarter of 2010 and the same period in 2011, equating to a loss of 70,000 jobs, according to figures released today.

“The number of people employed in the public sector fell by 4.3 per cent during the same period, while the figure for the private sector increased by 1.5 per cent”

The coalition wanted to end the Big State, and bring in the Big Society. We are ending up with neither.