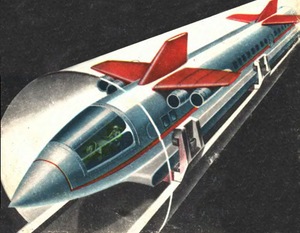 The government today confirmed that its plans for phase one of HS2, the second high-speed line to be built in the UK, will go ahead.

The project has faced strong grassroots opposition from residents living on the route, which has led to many major revisions to the proposal.

During the debate, issues with the route were clearly identified. We welcome that the government has listened during the consultation and is going to make a package of alterations to the proposed route, specifically to deliver extra tunnelling at Northolt and Wendover.

• Changes to the line of the HS2 route following consultation mean that out of a total length of just under 140 miles, around 22.5 miles (not including the HS1 link) will be in tunnel or green tunnel. This is an increase of more than 50 per cent from the route consulted on.

• In addition, around 56.5 miles will be partially or totally hidden in cutting. Around 40 miles will be on viaduct or embankment – this is around 10 miles less than the consultation route.

This means that around 79 miles (more than half of the route) will be mitigated by tunnel or cutting.

One specific change has a very clear reason: the presence of Cheryl Gillan in the cabinet. The Welsh secretary threatened to resign over HS2, and appears to have received a £500 million tunnel through her constituency in return.

It is understandable that HS2 has received strong local opposition. Unlike many other transport infrastructure projects, the advantage of being on the route appears negligible. As they stand, the plans call for no stops between Old Oak Common in West London and Solihull outside Birmingham.

Instead, the benefit for those between the two termini comes for those who live on the stretch of the existing west coast main line, which will be able to run more, and less congested, stopping trains to towns along the way.

The less NIMBY objection to HS2 is it’s cost. At £16.3 billion, it is certainly expensive, and the cost for the full project is expected to hit £32 billion.

This is all because big projects have big costs. And the advantages are massive.

As we reported last month:

HS2 is a long-term infrastructure investment that could help lead to regional job creation. In a report (pdf) from Core Cities released in June, leading economists estimated the creation of one million jobs outside of the South East rests on the rail capacity that HS2 will provide.

Were the project to be cancelled, the UK would miss its chance to deal with a capacity crisis that would be irreversibly damaging for Britain’s railways. It would lead to increasingly disgruntled passengers and an inevitable political headache for the next Labour government. It would stand in the way of boosting economic productivity and job creation in the regions.

Our railways are critically underfunded. We cannot simply attempt to put plasters over the lack of investment. Instead, we need a major upgrade, to restore confidence in trains as public transport, and make the case for continued investment.

• Rip-off Britain: Our train fares are triple those on the continent – Sophie Allain, January 3rd 2012

12 Responses to “All signals are go for HS2”