Alex Hern reports on the calls from the Party of European Socialists to regulate the credit ratings agencies, and considers what the problems with such regulation may be. 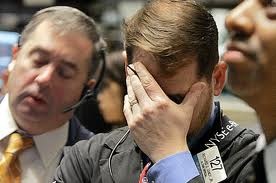 The Party of European Socialists, the European political party which Labour is a member of, has hit out at the power of credit ratings agencies following S&P’s decision to downgrade nine Eurozone states on Friday.

The President of PES, Sergei Stanishev, of the Bulgarian Socialist Party, said:

A dozen anonymous analysists with no shred of legitimacy and a proven track record of gross inefficiency, effectively decided on Friday to make life much harder for millions of Europeans. This agency, like the others, is acting subjectively, politically and irresponsibly. This is an international scam that has to stop.

Commenting on proposals for regulation of the agencies, Stanishev continued:

Either we accept the domination of CRAs and we continue to weaken our societies, or we rebuild democratic standards in our society.

We can ban the rating of states: banks are more than adequately equipped to do their own assessment of risk. We can force CRAs to be held accountable and to act in a transparent and predictable way. We can rate CRAs and link their assessment to their past performances.

Most importantly, we can create a European Independent Credit Rating Agency, which would be the only one allowed to provide rating for regulatory purposes.

While S & P’s threat is certainly a massive over-reaction it is scarcely surprising. It fits into the pattern of behaviour by the rating agencies – too generous in the boom years, swinging to being far too severe in the hard times.

The main problem has been that credit ratings have increasingly tended to become a self-fulfilling prophecy rather than a sensible assessment of creditworthiness.

The problem the EU has is that regulation of CRAs is, at heart, a free speech issue. While it is true that they have huge power, disproportionate to both their record and their accountability, so too do other organisations – to pick just one example, News International.

If Stanishev can navigate this issue successfully, the threat to democratic governance from the CRAs could be reduced. But, just as with dealing with our dodgy press, the desire to come down hard with regulation and censorship may be counterproductive.

• Politics vs Economics: setting the scene for the Fabian’s Next Economy conference – Marcus Roberts, January 13th 2012