Alex Hern rebuts Grayling's horrible misuse of statistics in the Telegraph, and asks if this represents the government's real attitude to evidence based policy 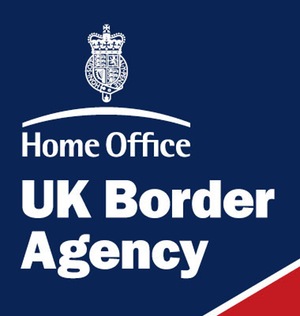 Chris Grayling is spinning away in the Telegraph today, implying that immigrants are likely to be benefit cheats. Needless to say, the statistics don’t quite show what the minister for work and pensions says they do.

In his piece, Grayling writes:

[Waiting until the introduction of Universal Credit] and doing nothing was not good enough. So we’ve done a complex research exercise to match information about people’s nationality when they entered the country with the list of people now on benefits.

As a result we now know that there are 371,000 people who were foreign nationals when they entered Britain who are claiming benefits. The majority come from outside the EU…

All of this represents an almighty mess. It should never have been allowed to happen. And Labour should be embarrassed by what it left behind.

371,000 people, out of a total of 5.5 million, who are claiming working-age benefits, were non-UK nationals when they first registered for a National Insurance number; of these 258,000 were from outside the European Economic Area. Of this latter group, 54% are now British nationals, so presumably the rest are not.

Meanwhile, for comparison, we can also look at the Labour Force Survey. This says that, of the total number of people in work (about 29 million), some 4 million were born abroad. Of these 2.7 million were born outside the EEA.  And of these, 1.3 million are not (yet) British citizens.

So, summing up these numbers in very rough percentages:

• migrants represent about 13 per cent of all workers, but only seven per cent of out-of-work claimants;

• migrants from outside the EEA represent about nine to ten per cent of all workers, but about five per cent of out-of-work claimants

• foreign nationals from outside the EEA represent about 4.5 per cent of all workers, but a little over two per cent of out-of-work benefit claimants.

Rather than showing that migrants come to the UK from overseas to leach of the welfare state, the data in fact shows that migrants impose less than proportionate costs on the UK.

Of course, this isn’t Grayling’s spin. Forced to defend his dog-whistle anti-immigrant rhetoric on the Today programme, he argued that:

It’s important to have a system everyone has confidence in… [and it’s] extraordinary we didn’t have any data on nationality of benefit claimants… otherwise how can people have confidence that we are paying out to people who are entitled.

When confronted with the fact that his own data has little evidence of benefit tourism, he claimed:

We have yet to establish the full picture. […] It may be there isn’t a problem now… but we have seen in recent yrs illegal immigrants get NI numbers…

I want to make sure we know fully what is going on and can answer questions in Parliament about it.

This government’s attitude to evidence is fast becoming clear: Ignore it if you can, spin it if you can’t, and act on it only if it confirms your prejudices.