Matt Gwilliam
11 January, 2012
A Britain We All Call Home

Matt Gwilliam argues that devo-max is constitutionally untenable, turning the West Lothian question into a crisis 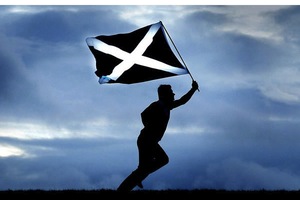 One of the most contentious issues around a referendum for Scottish independence is whether or not so-called devolution-max should be offered as an option. But as Matt Gwilliam argues, devolution-max creates far more problems than it solves.

Cameron’s apparent decision to force the pace of the Scottish independence is a gamble but possibly the right one. Politically it may be the astute move played against a backdrop of growing impatience in the rest of the Union with a Scottish leader in grave danger of overplaying his hand.

If the UK government gets its way, a straight up or down referendum is a good policy from a prime minister keen to change his possible fate from the one who resided over the end of the Union, to the one that closed the issue for a generation.

The polling shows that Scots have limited appetite for full independence, but are keen on the idea of devolution-max, a policy that many feel would continue to fuel the debate about independence for years.

If it may be the right thing politically, it is also the right one democratically. The oft floated, devolution-max option pushes the barely tolerable status quo of devolved power to Scotland and Wales but not England to breaking point.

Allowing just one of our nations into a position of such autonomy changes the nature of the entire country and stretches our current parliament past its limits. With so much power devolved, is it really appropriate for Scottish MPs to vote on almost anything but the most blatant of pan-UK issues?

A compromise whereby Scottish MPs are barred from some votes seems problematic and unlikely. What would be considered a UK-only issue and who would decide this? For example, if Scotland has major tax-and-spend powers, is a UK budget really a clear-cut pan-UK issue? If Scottish MPs were barred from voting, a government could struggle to pass a budget.

More significantly, could a party with a narrow majority made up of Scottish MPs really claim to have a mandate to govern at all?

With all the associated trappings and power that government could block and obstruct debates and legislation on non-Scottish issues.

A shadow government made up of opposition parties could emerge within parliament that would dictate legislation on non-Scottish issues whilst the actual government would be forced to implement them. The minister responsible for universities would have no say over legislation for that department.

Any solution to these problems would seem inelegant and require fundamental changes to our constitution and the relationship that all the people of the Union have with their governments. Therefore, any move towards devolution-max requires the consent of the entire Union.

Scotland is its own nation and a referendum on independence should be respected. Devolution-max however, raises so many issues about the nature of the UK that it should only occur after a wider UK debate and with the consent of all nations.

• Scottish Labour leader: “I want the referendum to be held as quickly as possible” –Johann Lamont MSP, January 9th 2012

14 Responses to “Devo-max isn’t a solution, it’s a whole new can of worms”