Alex Hern assesses what the latest flock of polls means for Labour, and what lessons can be drawn from them 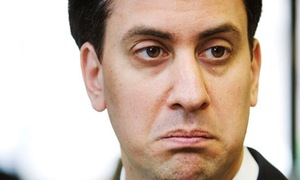 Following some good news for Labour in yesterday’s mayoral polls, the bad news strikes bad today, as four national polls combine to present the picture of the Conservatives maintaining a slight lead above Labour.

Although the Conservative lead isn’t as high as some would claim – focusing on the admittedly impressive ICM results – the fact that it is maintained at all should be concerning for Labour.

For almost the entirety of 2011, Labour commanded a consistent lead in the polls, only once dropping below four per cent above the Tories in the BBC’s poll of polls, directly after the local elections and AV referendum. The Conservatives overtook with their ‘EU-bump’, but Labour then reclaimed the lead for almost a month.

What makes this surge by the Conservatives so important is that, unlike their brief popularity after Cameron’s non-veto, this does not seem to be tied to any particular event, and as such it is not a valid strategy to wait it out. Labour must be extremely careful not to let these standings become the ‘new normal’.

The real concern, however, isn’t for Labour as a whole, but for Ed Miliband in particular. Insofar as there was a cause for the change, it seems to have been his disastrous week beginning with Diane Abbott’s ‘divide and rule’ tweet, and going downhill from there.

Indeed, the Times/Populous poll (£) backs this up:

The proportion of voters who say they “find it difficult to imagine Ed Miliband running the country as Prime Minister” has risen from 63 per cent in September to 68 per cent now.

Amongst Labour supporters, this has jumped from 49 per cent in September to 59 per cent now. Just 37 per cent say they disagree with this statement.

Ultimately, however, it takes time – and unfortunately, hindsight – to distinguish between genuine patterns and random noise in polls.

Meanwhile, Ed and Labour must not allow their poor performance to become a self-fulfilling prophecy; all too often, bad polls lead to stories about what a party is doing wrong, which leads to a focus on their negatives, which leads to yet worse polls. In the short term, they have a chance to turn it around, and they must move fast if they are to.

• Sunday Times stoop to new low with poll asking if Ed Miliband is “too ugly” – Will Straw, January 15th 2012

6 Responses to “Conservatives retain the lead nationally; Is this the new normal?”